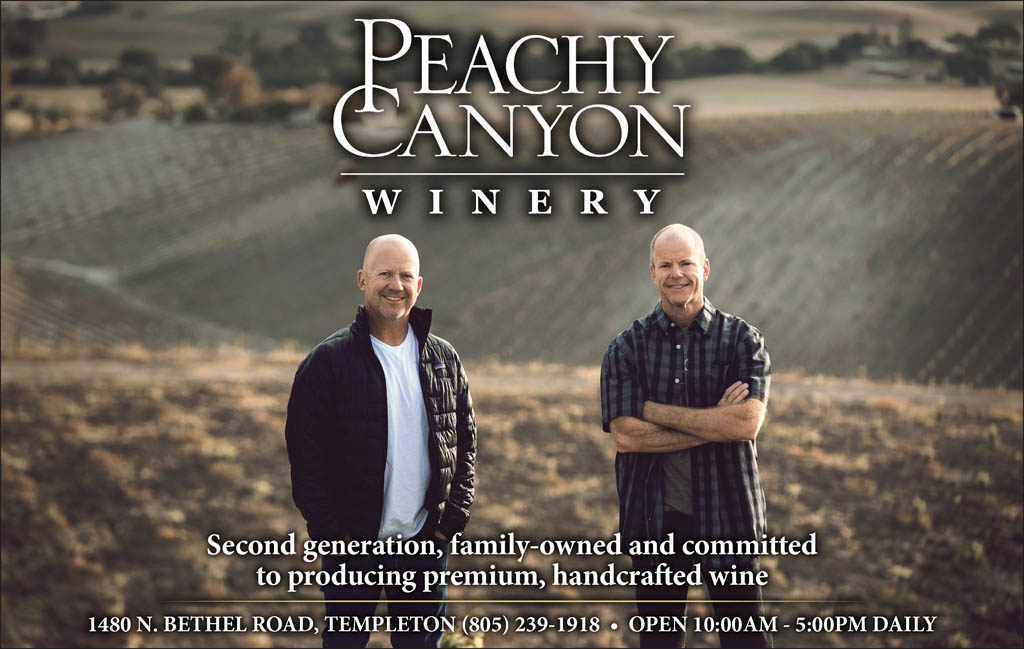 Peachy Canyon Winery is a small family owned winery in the beautiful wine country of Westside Paso Robles on the Central Coast of California; near Hearst Castle and Big Sur. Peachy Canyon Winery specializes in estate Zinfandels and has been family owned and operated by the Beckett Family since 1988. Experience the best the Paso Robles Westside has to offer. Come by and sample our award-winning Zinfandels and other acclaimed varietals in our Old School House tasting room. We look forward to seeing you soon! 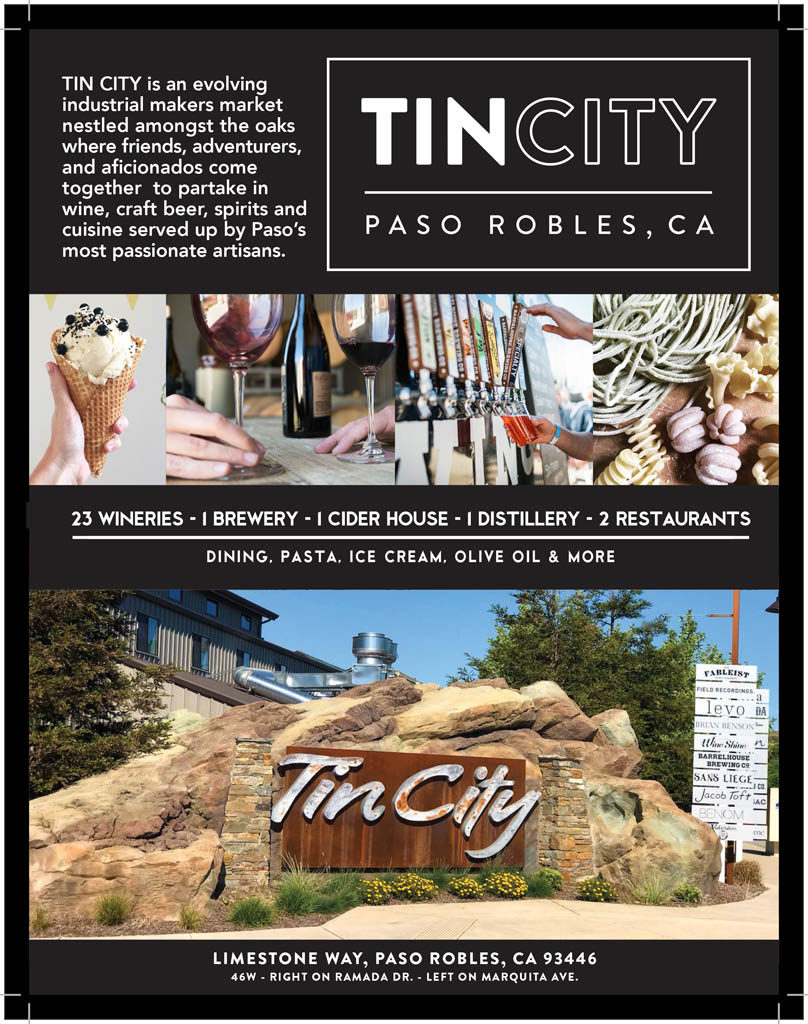 Tin City is an evolving industrial makers market nestled amongst the oaks where friends, adventurers, and aficionados come together to partake in craft wine, beer and spirits served up by Paso’s most passionate artisans. Learn more 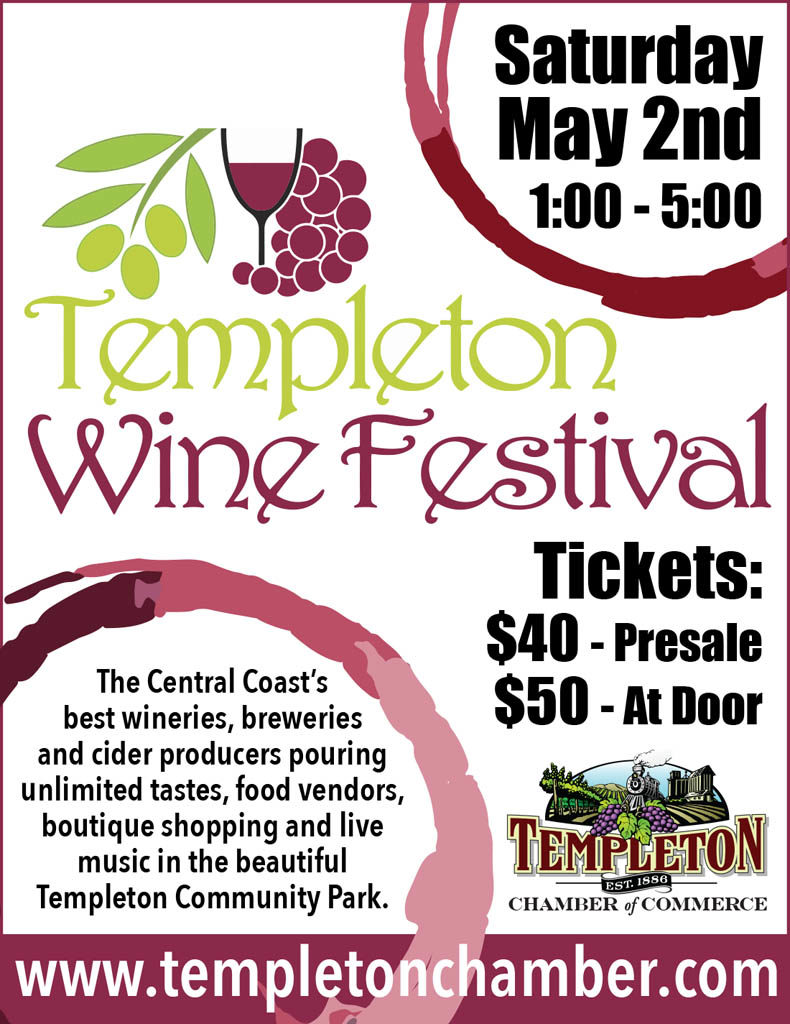 Join us May 2, 2020 for Wine, Beer, Food, Boutique Vendors and Live Music in the beautiful Templeton Community Park. The Templeton Wine Festival is produced by the Templeton Chamber of Commerce.

Ticket are $40 pre-sale until Friday May 10th at Noon and then $50 at the door (starting at Noon on Sat. May 2nd) and include unlimited wine tasting, souvenir wine glass, live music and plus boutique shopping booths. Spend the afternoon under the shady oaks of the beautiful Templeton Community Park and enjoy dancing, wine tasting, shopping and gorgeous spring weather!

Food available for purchase, no outside alcohol, coolers or pets allowed. Low back chairs or picnic blankets welcome. Non drinking attendees are $20 each. This is a 21 and over event. 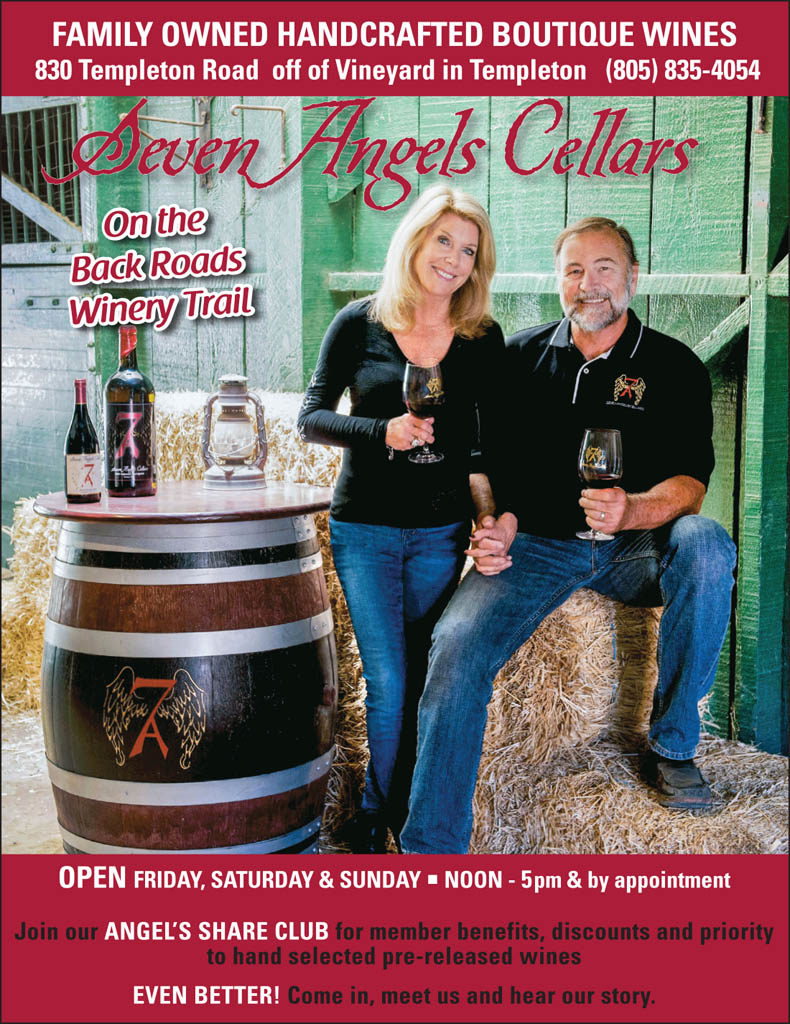 Seven Angels Cellars is a family owned, boutique winery located in Templeton, CA.  We began making wine in 2009 with a small production of Petite Sirah.  Since then we have increased production to around 3000 cases per year.  Greg Martin is the owner/winemaker and Pamela Martin is the other owner and handles social media, food pairings, wine club and club events and the website.  The story behind the name came from our passion for family.  We have seven children in our blended family, our 7 angels.

We both grew up loving wine.  Greg grew up in a rural area of California with neighbors who grew wine grapes.  He spent a lot of time learning about the entire process from the vine to the bottle from his patient neighbor.  He continued his interest in wine as a US Coast Guard when he was stationed in the bay area and had easy access to the multitude of wineries in Sonoma and Napa.  Pamela comes from a family of foodies and wine enthusiasts.  She took courses in college in winemaking and learned the biology aspect of wine.  She worked in catering and on TV as a home economist for a cooking show.  Pairing food and wine to create an interesting and delightful balance in a meal has become an obsession for her.

We married in 2008 and started making wine the following year.  We specialize in Rhone blends as well as single varietals.  Greg has his eyes, hands in every aspect of the process from the field to the bottle.  Pamela has the palate and the nose and is instrumental in the blending.

We participate in many non-profit and charity events as our way of giving back.  We are involved with Precious Life Shelter in Los Alamitos, a shelter for homeless pregnant women and Goals for Life, and NFL program for troubled youth.  We are the official wine sponsor for the Congressional Cup held annually at the Long Beach Yacht Club.  We also sponsor the Wooden Boat Festival in Newport Beach each year.

We believe in the “less is best” approach to winemaking.  Less manipulation and more natural methods of making our wine.  Greg likes to play with using different kinds of oak in our barrel program.  Our wines are food friendly, approachable in both flavor and price point.  We’d love to share with you more about our methodology, including, why we keep our price point where it is and how we see Seven Angels integrated on an evolved, noteworthy, wine list. 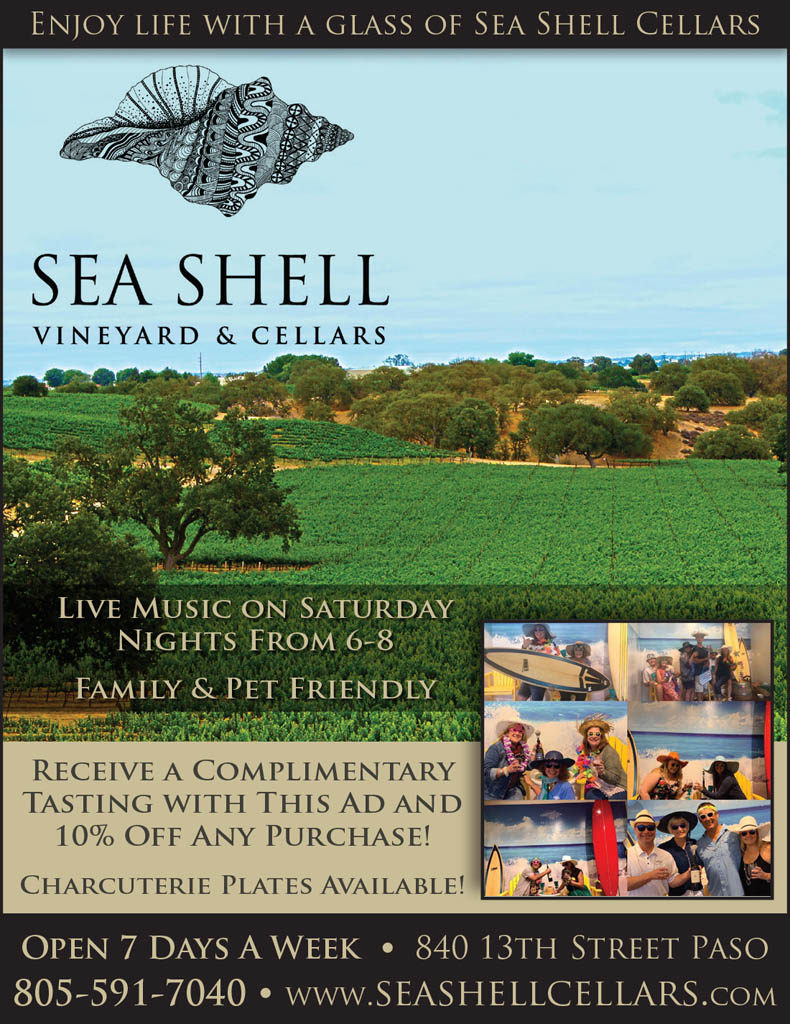 Sea Shell Cellars
Paso Robles   Wine Tasting
840 13th Street, Paso Robles, CA, USA
(805) 591-7040(805) 591-7040
info@seashellcellars.com
https://seashellcellars.com/
Please come visit our new tasting room! Experience a coastal resort setting in the wine country while enjoying our new picture wall and fun accessories! We are located at 840 13th Street, Ste G in the heart downtown Paso Robles and we are open 7 days a week!  Our hours change periodically due to the time of year but you can always Google us to find out our current hours of operation.  This is a fun tasting room and you don’t want to miss the live music on most Saturday nights from 6:00pm-8:00pm. Please stop in and say “HELLO” and try our award winning Sea Shell wines. We hope to see you soon! 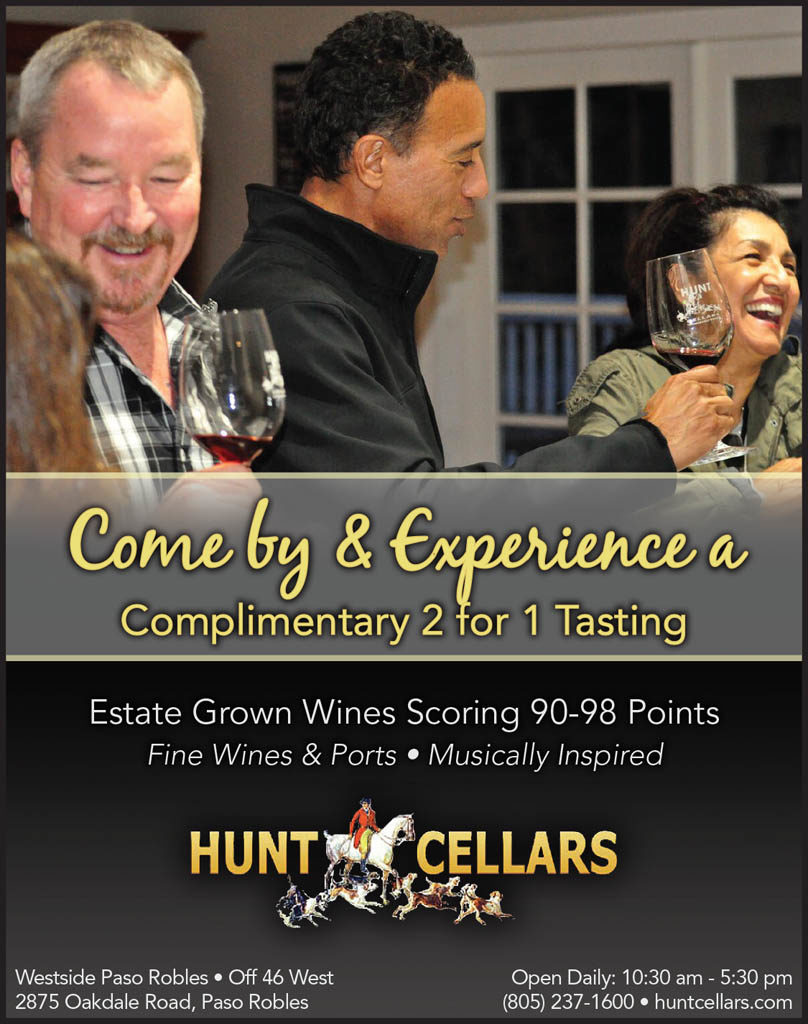 As you enter The Hunt Cellars Tasting room, the fun wine experience begins, as you are greeted with either live music or our white grand player piano. Stroll up to our Cabernet Bar, where our warm and friendly staff are eager to lead you through a lighthearted and fun sampling of our wines. You may also choose to sip your wines on our spacious 1200 foot veranda, smoke your favorite cigar under our pavilion or simply stroll through our lush inviting landscaped lawns. We want you and your guest to simply have a wonderful time at Hunt Cellars and bring your friends and family back on your next visit to the Paso Robles Wine Country. 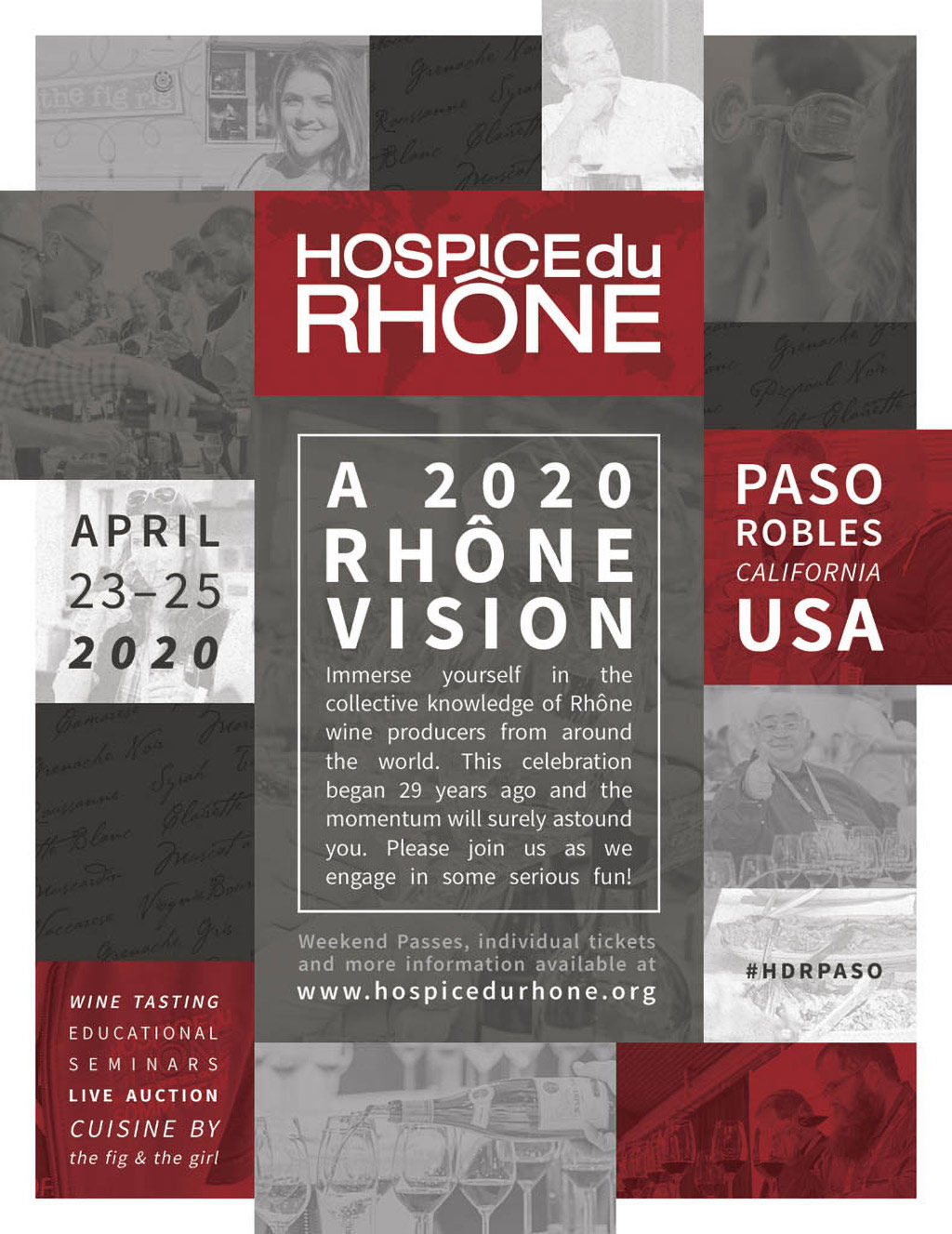 Hospice du Rhône® (HdR), located on the Central Coast of California, operates as a non-profit business league with the specific purpose of improving the business conditions of the grape growers and wine producers of Rhône variety wines and grapes throughout the world. We serve as an international vintners association, providing promotional and educational opportunities. Hospice du Rhône is not affiliated with any other charitable organization. Non-profit 501 (c) (6) Business League 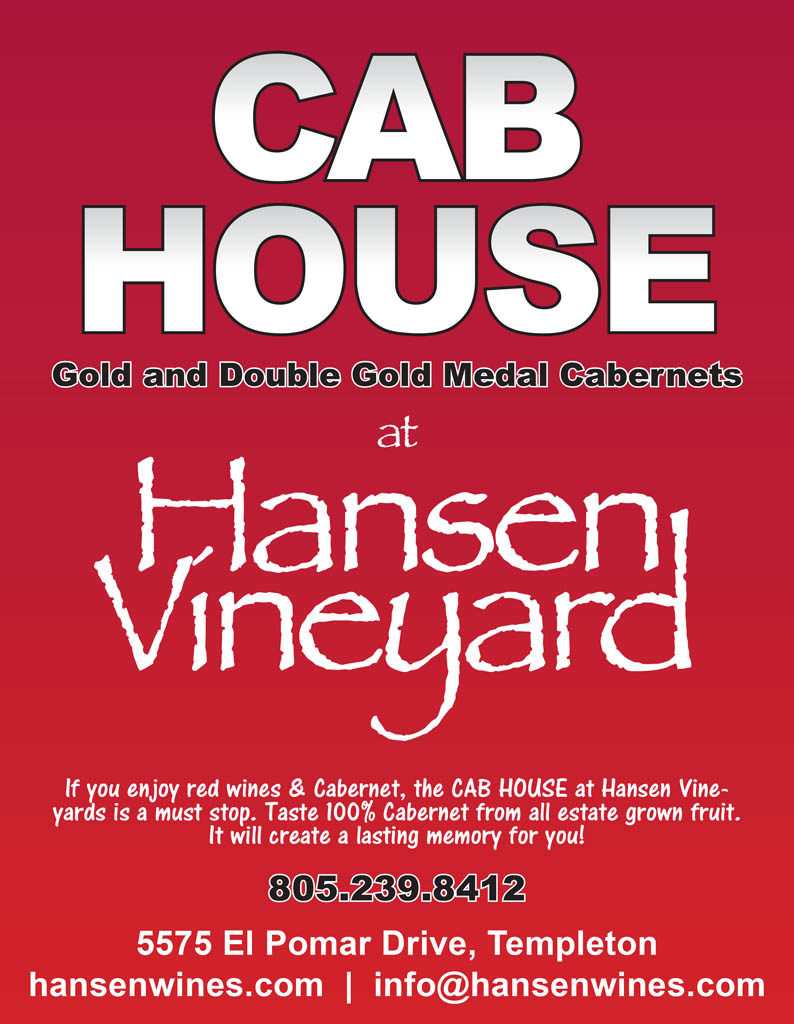 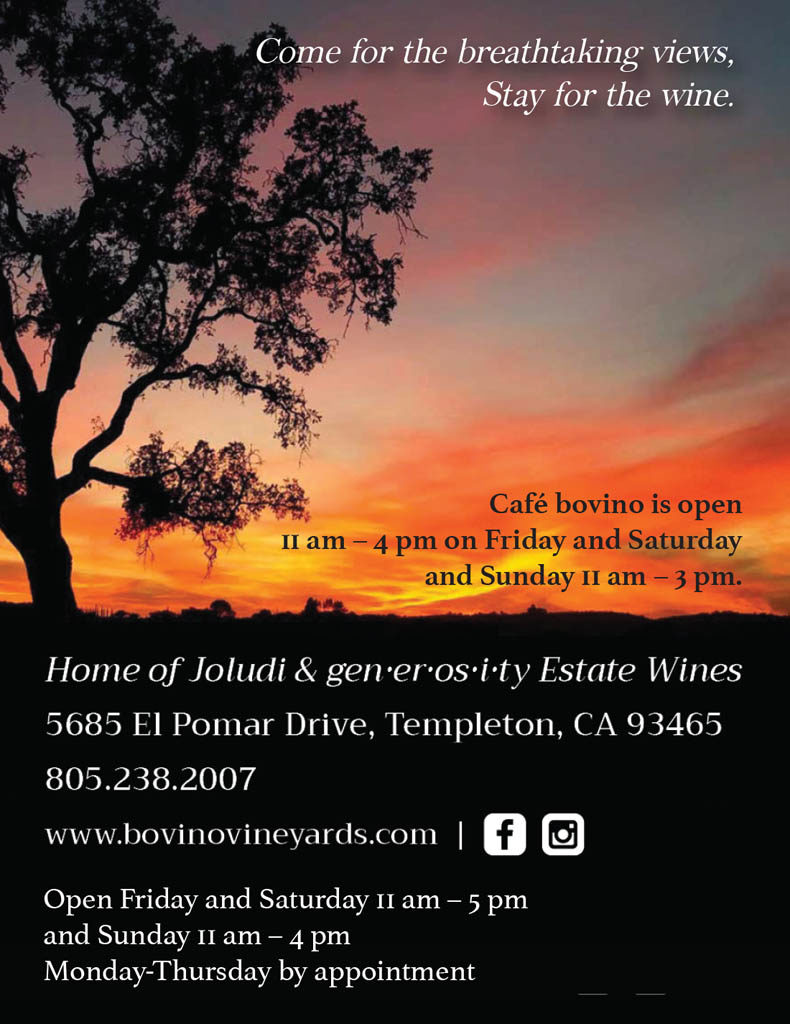 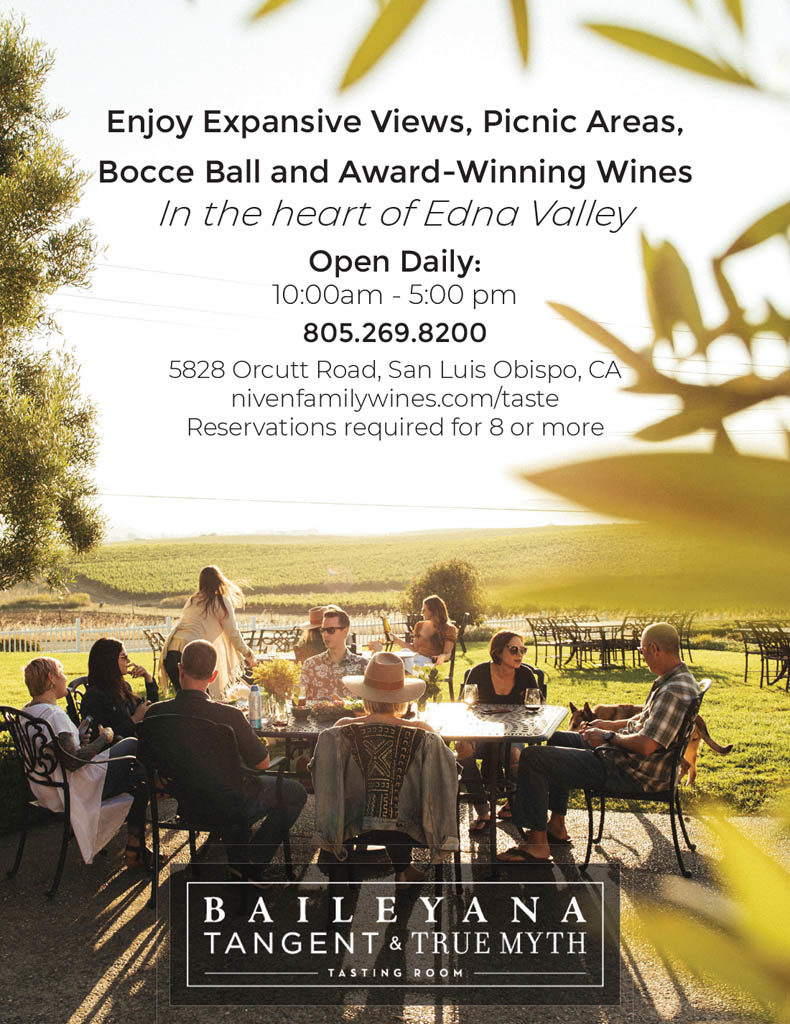 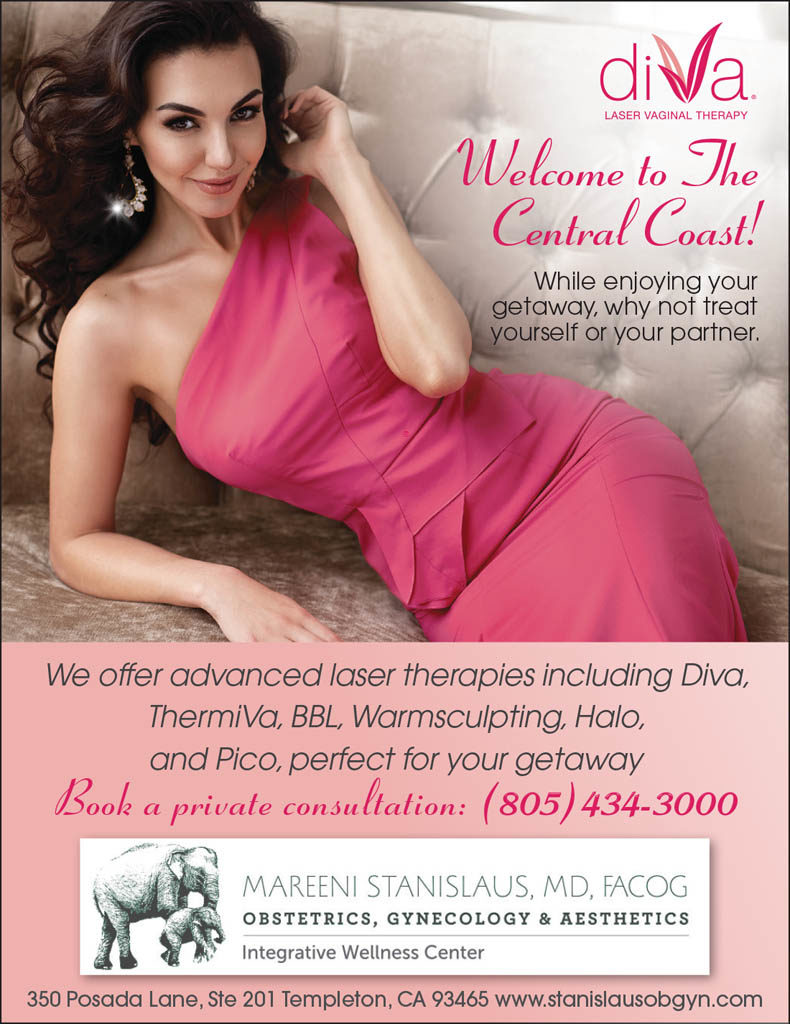 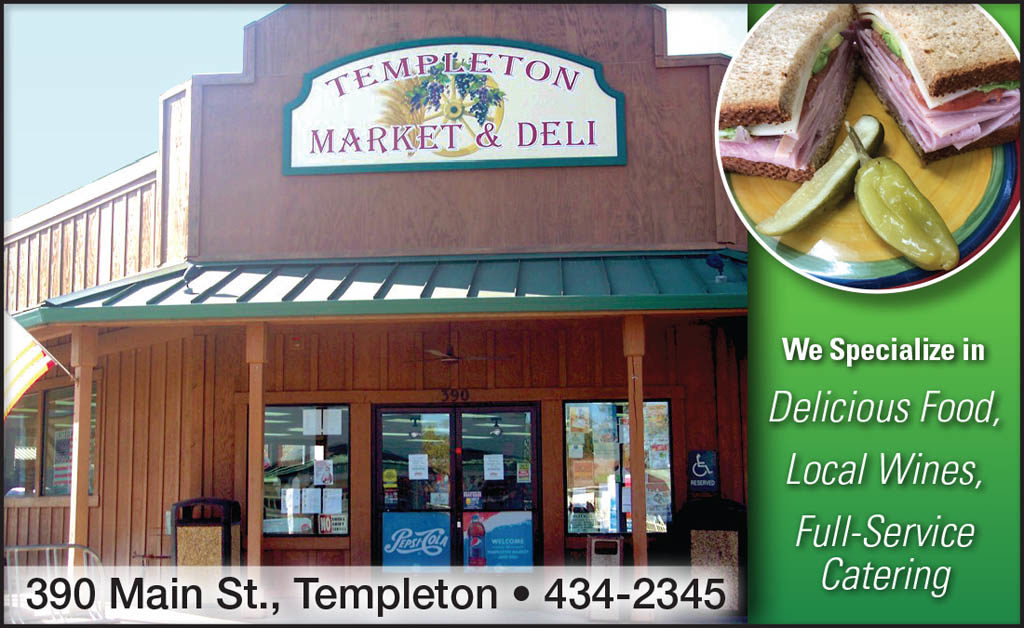 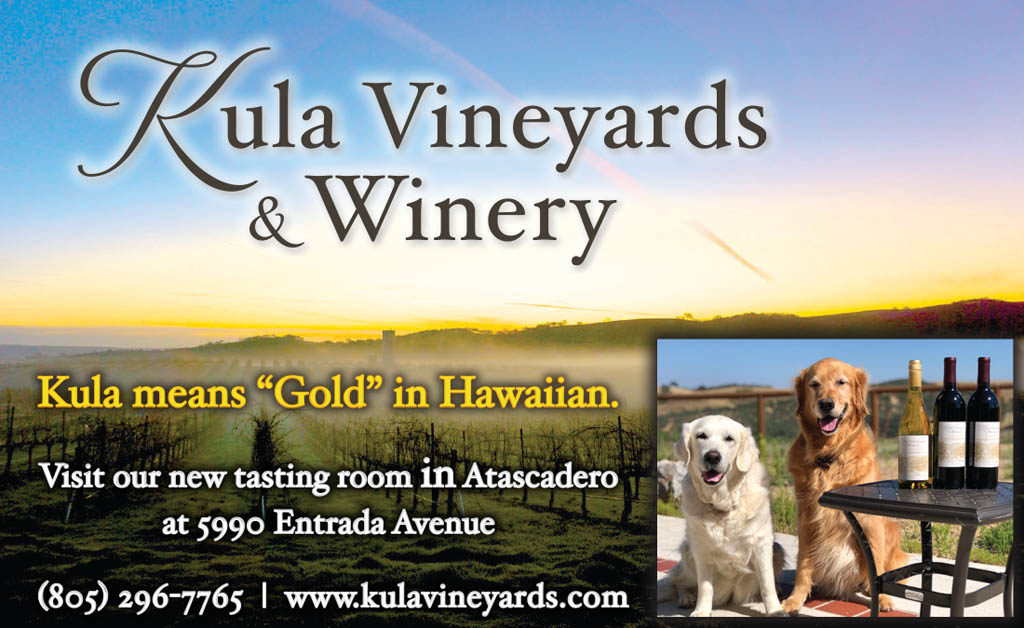 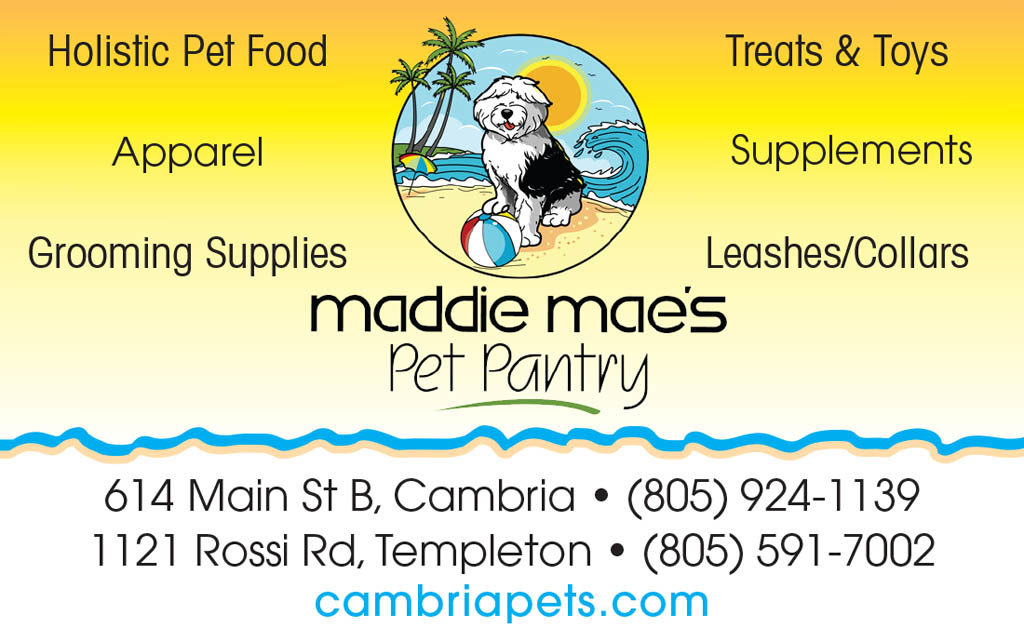 For ten years Maddie Mae’s Pet Pantry has been helping residents and visitors of the Central Coast provide their pets with top of the line pet supplies. Come see us at our beach location in Cambria or our wine country location in Templeton. 614 Main Street, Cambria, http://www.maddiemaespetpantry.com, (805) 924-1139. 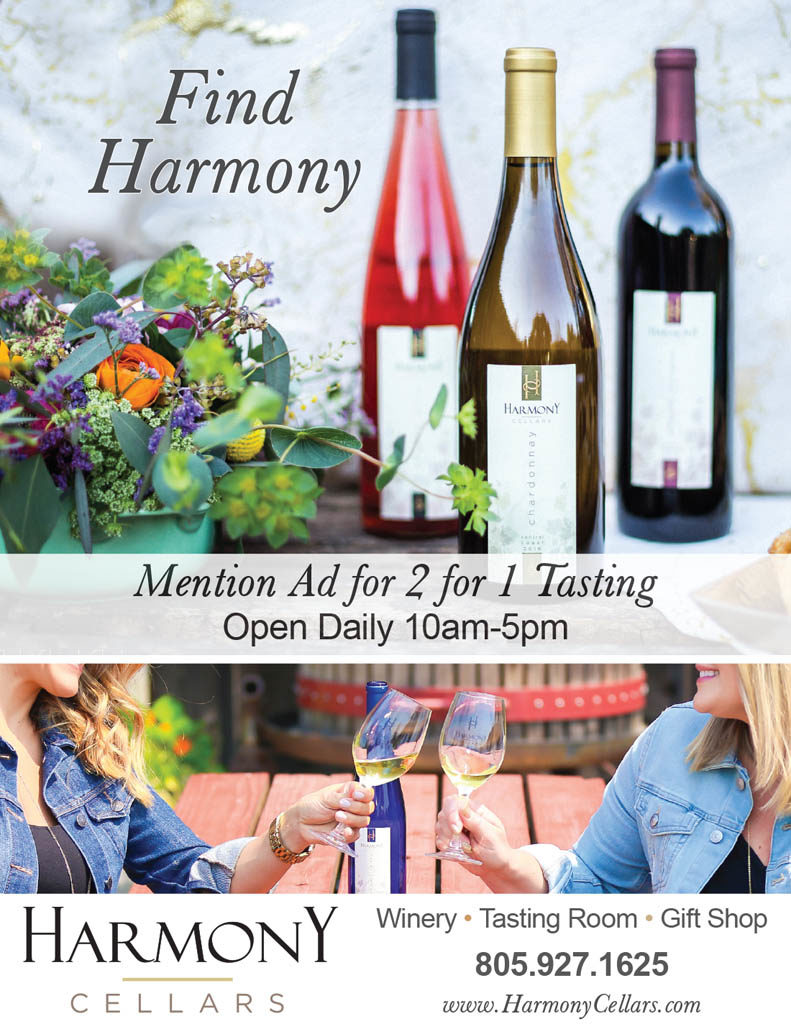 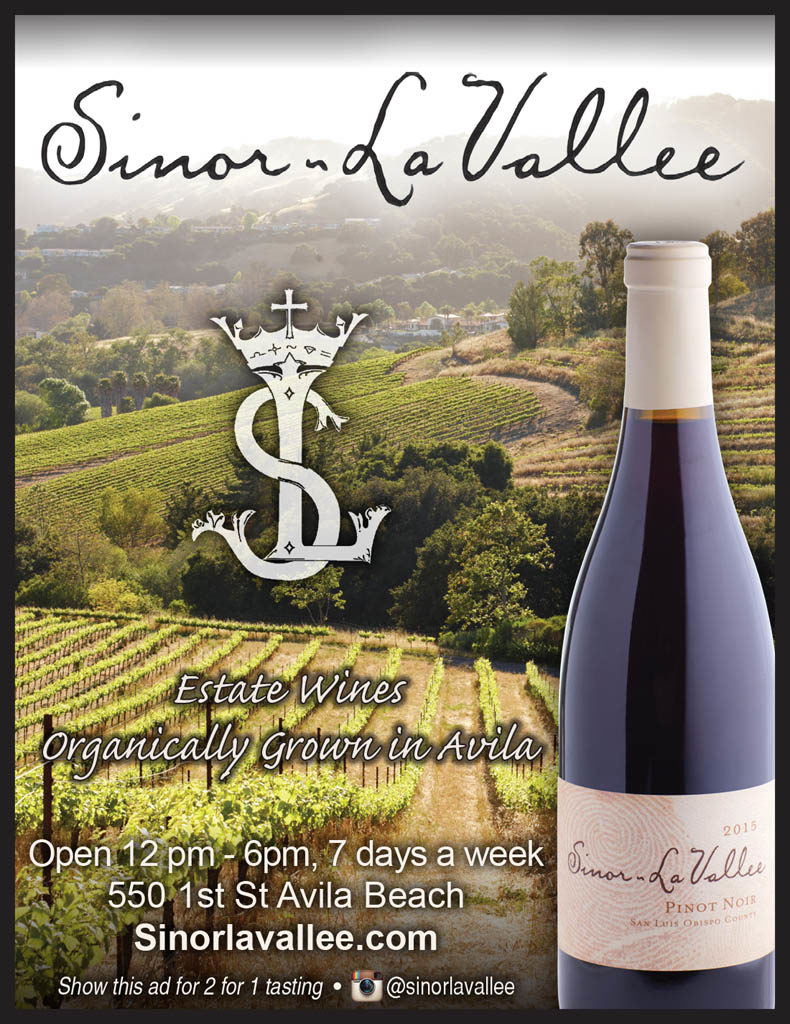 Sinor-LaVallee tasting room tends to attract serious wine fans. All their wines are grown organically on the Bassi Estate Vineyard in Avila Beach. If you are hungry they offer cheese and charcuterie. http://www.sinorlavallee.com, 550 1st St., Avila Beach, (805) 459-9595 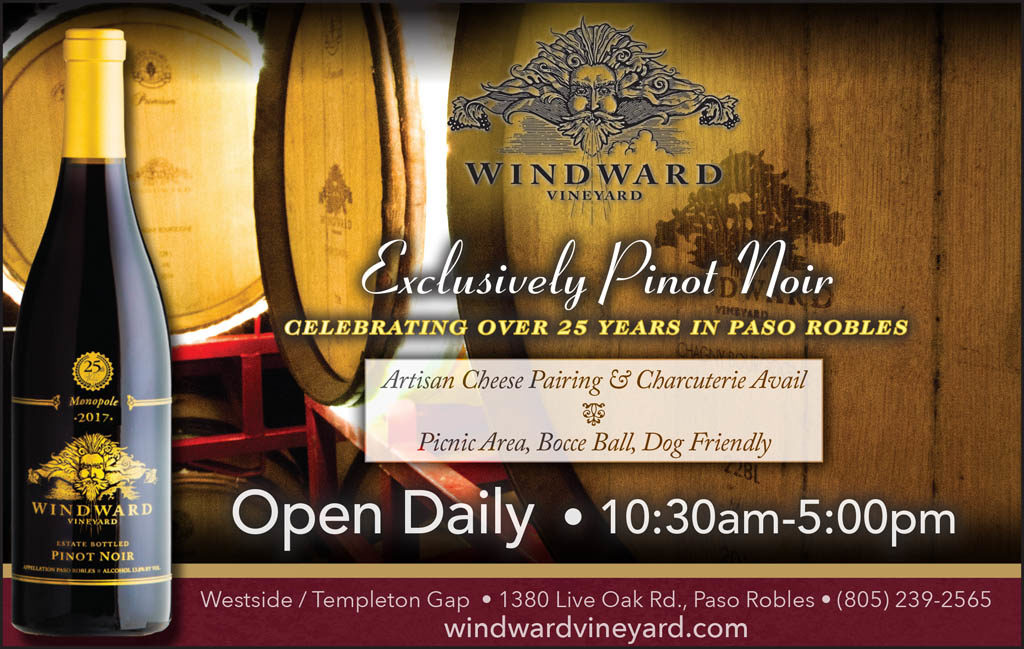 Pinot Noir is the driving passion of Marc Goldberg and Maggie D’Ambrosia, husband and wife owners of Windward Vineyard. Windward Vineyard is dedicated exclusively to producing Burgundian style Pinot Noir. To make the “Great American Pinot Noir,” one that rivals those produced in Burgundy, is the couple’s passion.

Marc and Maggie purchased and planted the vineyard in 1989 based upon the terroir and microclimate of the Paso Robles Westside. The combination of the cooling Pacific breezes, the calcareous soil and the 50 degree daily drop in temperature produce exemplary Pinot Noir.

With the Burgundian French term, “Monopole” vision of total control over both the vineyard and the winemaking, the 15-acre vineyard is planted to four notable French clones.

Since the 1993 debut in 1995, each of Windward’s SOLD OUT vintages have achieved inspiring acclaim, particularly within the community of wine aficionados who appreciate the layered complexity of Burgundian styled Pinot Noir. Marc explains. “We knew we could count on the vineyard to produce formidable fruit. It is living up to our expectations as it matures and continues to develop layered complexity.” 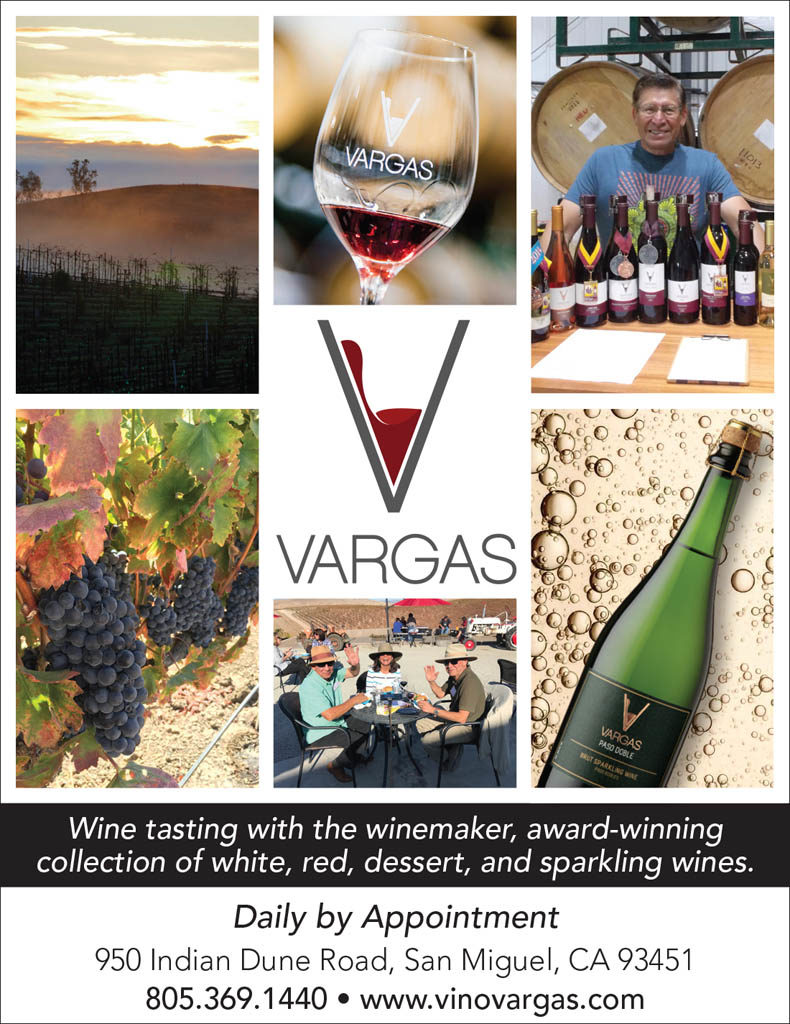 Vino Vargas is nestled in the rolling hills of the Northwest Paso Robles region. Our modern winery is both an efficient example of winemaking and a warm place for you, your friends and family to discover some truly unique wines. Your tasting appointment will be personal, educational and fun. This means that you get to interact with our winemaker Pedro or our sommelier Vicky and really talk about the wines, winemaking philosophy or just sit back and enjoy the magnificent view.

Please give us a call at 805-369-1440 to make a reservation for your personalized wine tasting at our Paso Robles winery. 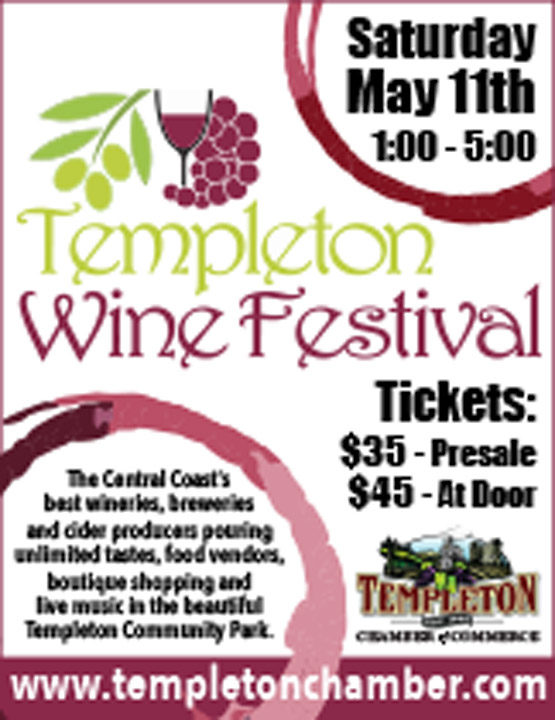 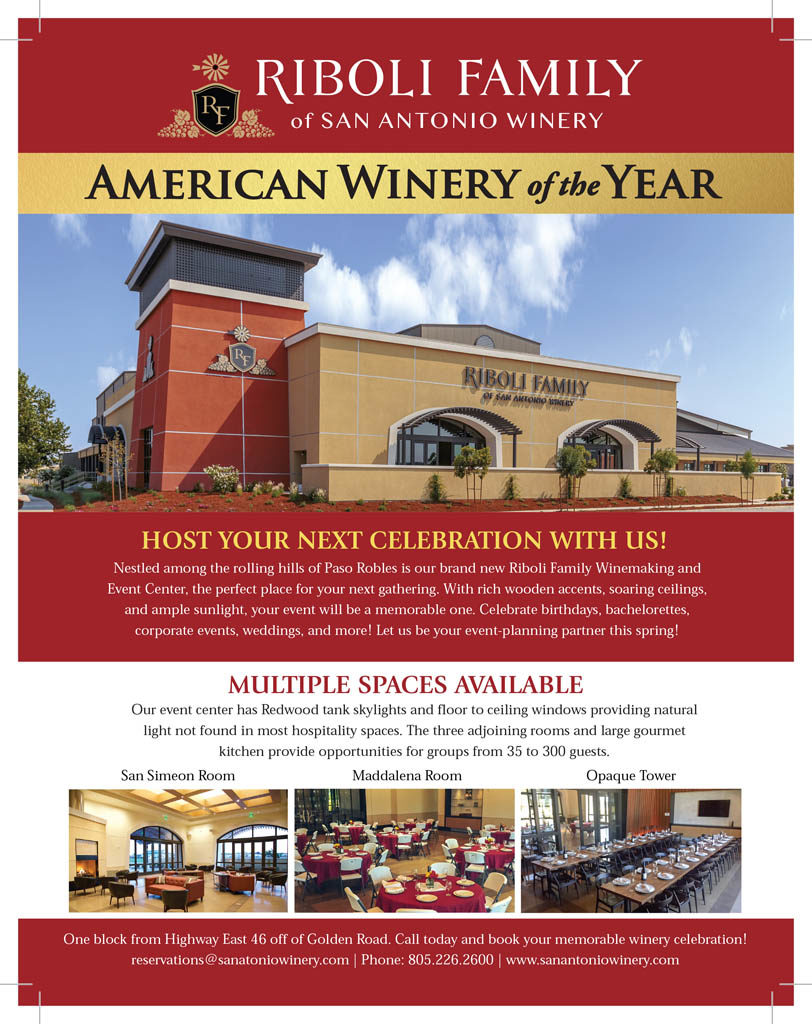 We are blessed today to have four generations of family contributing to our success. Our vineyards are now located in Paso Robles, Monterey, and Napa Valley and we are proud to be one of the most-awarded wineries in California. We invite you to become part of our family by visiting San Antonio Winery!

No entries were found.