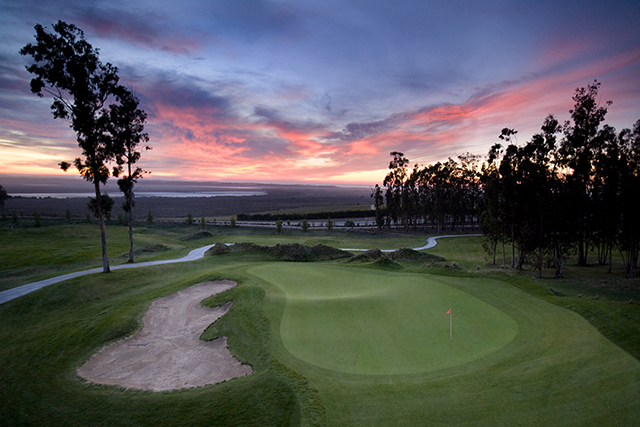 The Beginning of Outdoor Adventure

Nipomo was named after the Chumash word meaning “base of the hills,” so you might say that, to the native people, the area marked the beginning of something big. The land certainly signified great promise for William Goodwin Dana, the Bostonian sea captain who received a land grant in 1837 and settled the 37,888-acre Rancho Nipomo. Nipomo preserves a spirit of true frontier land even while modern businesses thrive in its commercial areas. Standing on the wet sand of the shore of the Pacific, looking out over the sprawling Guadalupe-Nipomo Dunes toward the rich, riparian woods, the creeks, the freshwater lakes and the Santa Maria River, one imagines seeing the same views that Dana once did and that the Chumash did before him—and feel the same frontier-era excitement begin to bubble about awaiting big outdoor adventures.

The 3,400-acre Guadalupe-Nipomo Dunes Preserve, part of the dune complex that stretches from Pismo to Guadalupe and Lompoc along the Pacific Ocean and one of the largest remaining coastal dune systems in the nation, is a must-see excursion for hikers, naturalists and bird-watchers. A walk along the coast from the preserve entrance down to giant Mussel Rock affords incredible vistas of the tallest sand dunes on the West Coast, sculpted and contoured by the winds into a scene other-worldly enough that it made the perfect set for the film The Ten Commandments, shot nearby. Catch glimpses of more than 200 varieties of birds and view more than 120 imperiled plants and animals within the preserve’s National Wildlife Refuge and surrounding dune habitat. 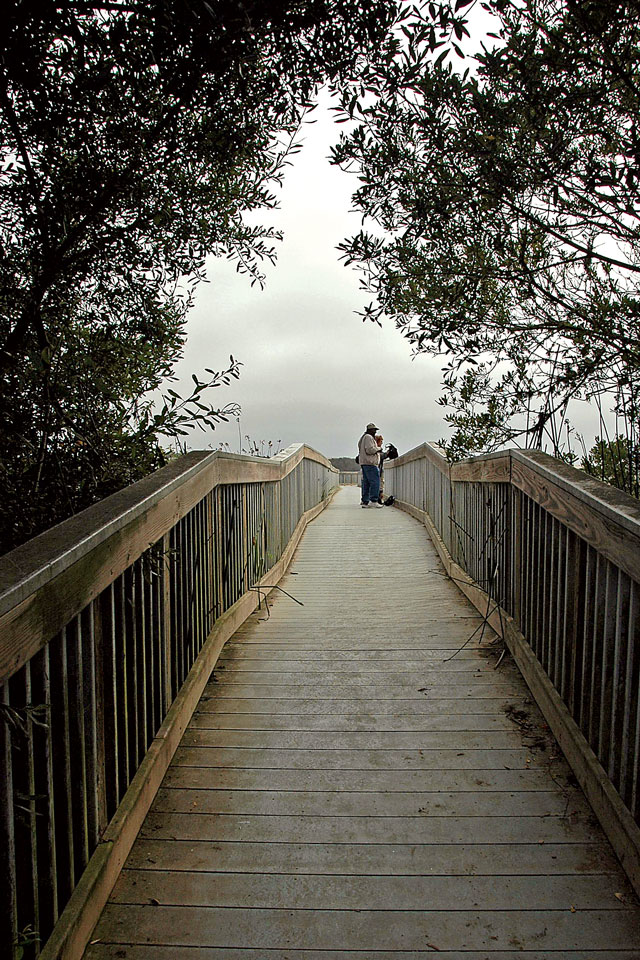 Part of the Guadalupe-Nipomo Dunes Preserve (to the north of the beach entrance), the Oso Flaco Lake hike provides a more manicured experience of the dune ecosystem on a zen-like trail made largely of a boardwalk. Crossing a 75-acre freshwater lake, dunes, forest and marshlands, it offers an environment of pervading tranquility that transports hikers from the modern world into a serene state of oneness with nature.

Further north, just west of the Nipomo Mesa and along the edge of the Oceano Dunes, lies a cluster of freshwater lakes that provide habitat for migrating birds and a secluded escape for hikers; Black Lake, one of the only lakes accessible to the public, is one of these. The SLO Land Conservancy offers docent-led circumnavigations of the dark, peat-colored lake; nearby, Black Lake Canyon trail is open for self-guided tours and horseback rides. For golf enthusiasts and for a more man-made lake-escape, find some of the best golfing on the Central Coast – scenic options include Black Lake, The Woodlands, Trilogy at Monarch Dunes, and Cypress Ridge; some offer walking and horseback riding on the peaceful trails surrounding the courses.

Families on the Frontier

Nipomo Regional Park offers endless outlets for activities with baseball fields, playgrounds, tennis and volleyball courts, an off-leash dog park, and barbecue and picnic areas. It also comprises the more rustic native plant garden and 80 acres of open trails for hiking and horseback riding. Across the highway, the Dana Adobe Historical Museum offers an even closer look at Nipomo’s early frontier roots, with guided tours of the historic adobe home and property where William Goodwin Dana and his family lived.