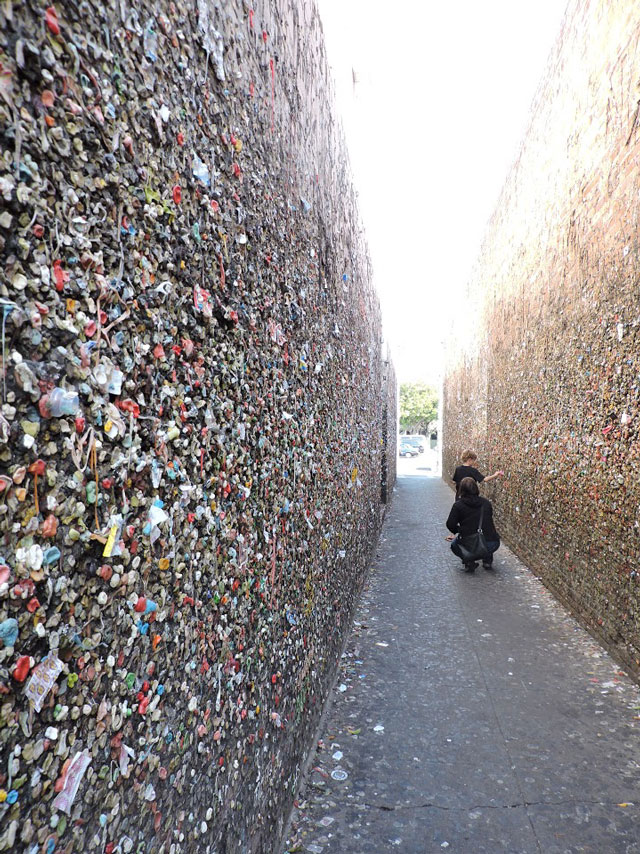 Unique tourist attraction is not to be missed

How bubblegum alley got started is not completely clear. Some historians believe that the tradition of putting gum in the alley started after WWII as a San Luis Obispo High School graduating class event. Others believe it started in the late 1950s, as rivalry between San Luis Obispo High School and California Polytechnic State University students. By the 1970s, Bubblegum Alley was well established.

Throughout the years, San Luis Obispo’s Bubblegum Alley has been featured on a number of television shows, news programs, and in newspapers around the world such as the New York times and the Los Angeles Times, The San Francisco Chronicle and Ripley’s Believe it or Not. “Weird Al” Yankovic mentioned Bubblegum Alley in his 1978 song “Take Me Down,” an ode to San Luis Obispo.

Agreement whether these gum-covered walls should remain a part of quaint downtown San Luis Obispo has not been reached since its founding. While some locals consider this alley to be an “eyesore,” the Chamber of Commerce lists it as a “special attraction.” Store owners’ complaints concerning upkeep are countered by the argument that it increases foot traffic and business.

The Alley has inspired professional artists such as Matthew Hoffman. On the east end of the alley, up high on the north-facing wall, a giant self-portrait of Hoffman titled “Projectbubble Gum” is created entirely with bubble gum. The picture of the artist blowing a bubble required a tremendous amount of gum, which he was able to get with the help of the community.