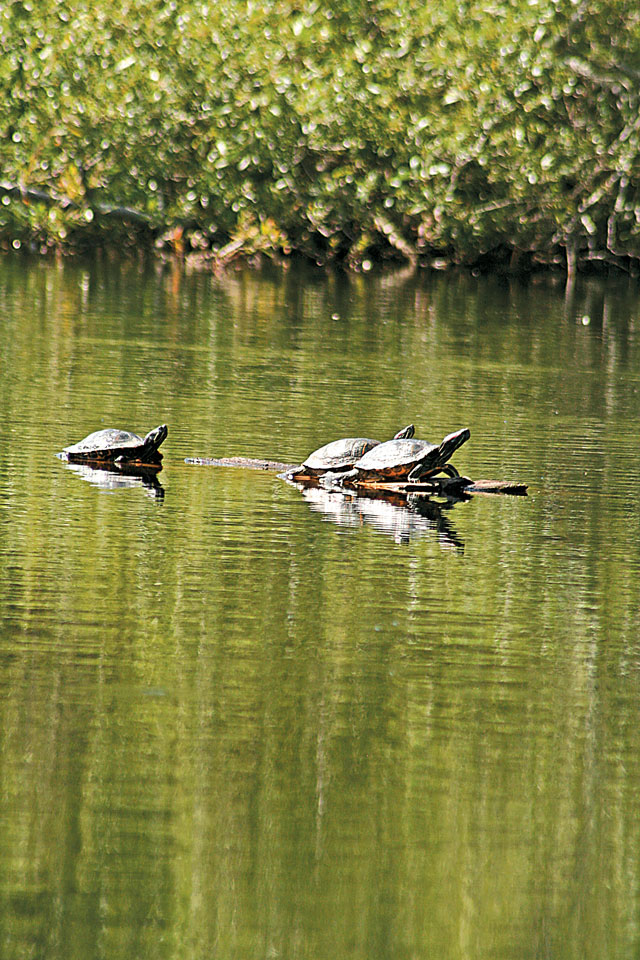 Maybe it’s not well known and probably it gets passed by often, but the Pismo Nature Center and the Oceano Lagoon are hidden gems. Spend a day exploring this serene natural setting and you are guaranteed a wonderful experience.

Both the Nature Center and the Lagoon are located within the Oceano Campground at Pismo State Beach. If you are just visiting for the day, tell the ranger at the entrance station and you will be directed to the parking area. During summer from June 1 through Labor Day the Center and the Nature Store are open from 1 p.m. to 4 p.m. Monday, Wednesday, Friday, Saturday and Sunday. During the rest of the year, it’s open just Fridays, Saturdays and Sundays, but the walking path around the Lagoon is available every day.

A stroll around the “Walk Through Garden” is easy and a variety of native plants have been brought back in these gardens that complement the trees and willows that surround the lagoon. Five coastal habitats are represented: dunes, riparian, coastal scrub, woodlands, and chaparral. Directly around the Nature Center and at the campground entrance are plantings of native species that were planted by volunteers over a ten year period and most have identifying markers. The Guiton Trail circles the freshwater lagoon. In the 1920s developers had plans for a hundred homes surrounding the lagoon. A land peninsula was created made up of the spoils from dredging the lagoon. They got as far as installing underground utilities, but the Great Depression put an end to development. 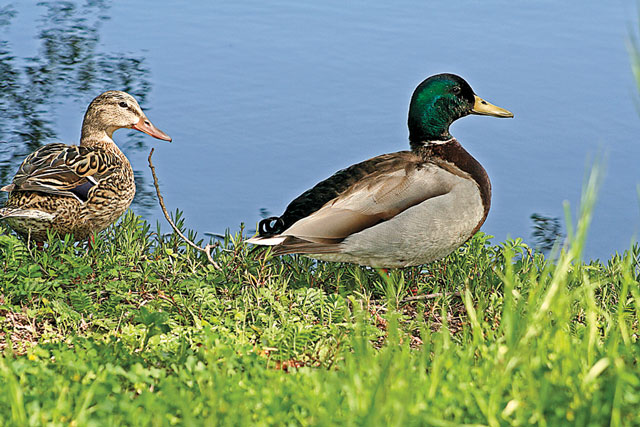 Harold Guiton, also a real estate developer, became the owner of the parcel but saw the lagoon as an important natural area and in the 30s donated the land to the state park system. A variety of birds can be seen at the Lagoon. The riparian habitat attracts migrating warblers and the freshwater lagoon is alive with mallards, coots, great blue herons, and black-crowned night herons.

As you walk along, look out for western pond turtles basking in the sun atop floating logs. A variety of gulls fly overhead. Another species you may encounter are beavers brought into the area by hunters in the 1920s that managed to escape and multiply.

At the Nature Center, the main room contains interactive displays and mounted specimens of the wildlife of the area. The most spectacular is the mountain lion mounted near the ceiling. A variety of bird nests are also on display.

One section of the room contains a miniature replica of a Chumash dwelling that was constructed by a volunteer. Inside of it are small baskets and pots placed around a central fire pit lending a real sense of what it was like in one of these communal dwellings.

Across the street from the Nature Center the lagoon continues in Oceano City Park where domestic geese and other waterfowl along with many gulls await a handout from visitors. The Pismo Nature Center and Oceano Lagoon are ideally situated in a natural setting that is unique in California. 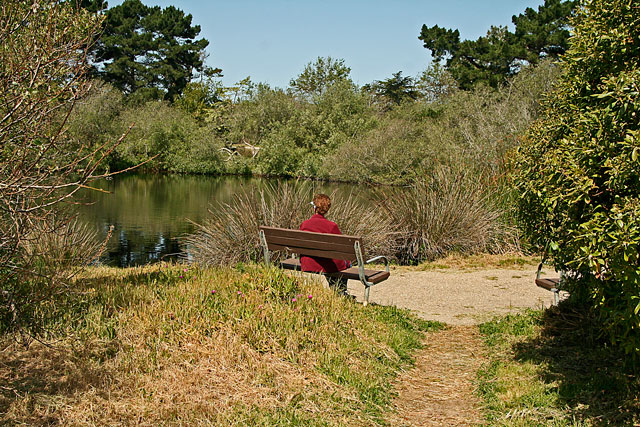 The Pismo Nature Center It is located at the Oceano Campground, 555 Pier Avenue, Oceano, CA 93445.  For more information visit the American Park Network website at http://www.ohranger.com/ca/pismo-state-beach/poi/pismo-nature-center.