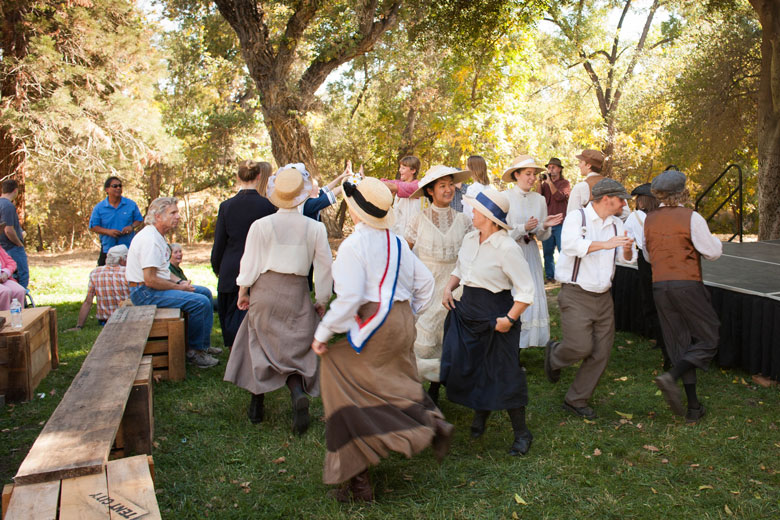 A celebration of heroes during Colony Days 2014

Every year the community of Atascadero comes together the third Saturday of October to celebrate the city’s beginnings. This year, celebrating Colony Days in Atascadero begins at 7 a.m. on Saturday, Oct. 18 with a pancake breakfast served by Atascadero Lions Club, followed by the parade at 10 a.m. with a theme of “Our American Heroes.” Colony Days Committee Chairman Jerry Tanimoto said that there are heroes of all kinds – war heroes, sports heroes, family heroes, teachers, coaches, moms and dads, and more. Tanimoto said a hero can be real or imagined, from literature to politics and more, and pointed out that there are fictional heroes in comics, movies and on television that can be portrayed with anything from a full-fledged float to an individual on a horse or in a car. “With ‘Our American Heroes’ we believe there will be lots of opportunities to get involved in making the parade fun for both the participants and those who line the parade route,” Tanimoto said. 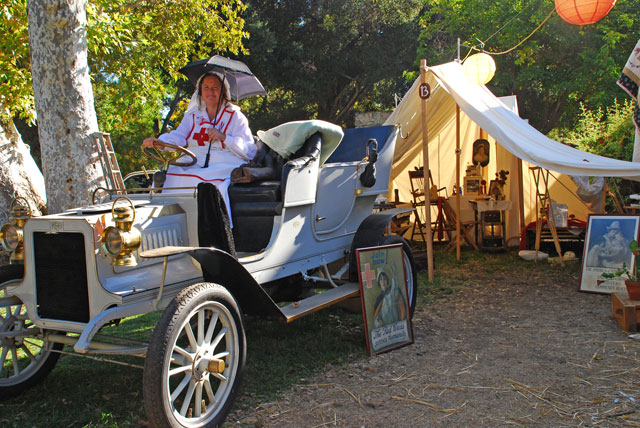 Catherine Noble sits in an old car in Tent City

E.G. Lewis purchased the land that now makes up Atascadero in 1913 from the United States Army for $1 million. It was the first planned community in California and, before any homes were built, Lewis had the infrastructure – roads, streetlights, electricity, water, sewer and other utilities – put in. In the meantime, Lewis had Tent Cities erected to house future Atascaderans. The first Tent City existed in 1914 for perspective residents to live while they picked up where they would live; the second was in 1915 while their homes were being built. While the residents lived in tents, they were equipped with electricity and the city had modern conveniences such as an ice cream parlor, a church, stores and more. Lewis enticed people from the Midwest, East Coast and even Europe to settle in Atascadero through brochures he sent through the mail. His mail campaigns eventually landed him in prison for mail fraud. As part of the Colony Days celebration and to showcase the city’s beginnings in Tent City, a re-enactment of the city will be set up alongside Atascadero Creek. The Friday before the Colony Days celebration, Tent City will become a classroom, an education site for Atascadero elementary students to learn about the city’s history.

Tent City is populated with 125 actors of all ages who go about their daily lives, as if it were 100 years earlier. Modern visitors can trade in their paper dollars for wooden nickels and go shopping in Tent City. Visitors can get ice cream, a shave or a haircut from a trained barber, newspapers or even goodies from the general store.There will be music, dancing, performances and pie eating contests; E.G. and Mabel Lewis may even make an appearance during the festivities.“Each has been trained to develop a character and costume that is authentic; the goal is to be not only entertaining, but educational also,” Tent City volunteer Terise Kelly said. “Some participate as exhibitors, and all are very welcoming and encourage our visitors to jump in and participate. You can wash the laundry outside in a galvanized tub, help prepare apples for drying and cider, go shopping for vintage toys and candy in the Mercantile, or sit and have tea in Mrs. Lewis’ rose garden.”Tent City will be open for visitors from 10 a.m. to 4 p.m., though many actors will spend the previous night in the tents and will be going about Tent City getting ready for the day, just as they would have 100 years earlier.“A hundred years later, the wisdom of growing your own food and working your own property to make a living is becoming very popular again,” Kelley said. “Tent City harkens back to an era when life was simpler, and people depended on themselves and their neighbors – to work hard on the land, and to share the vision of creating a new kind of community, where the common good was pursued with optimism and hope; still a worthy goal.” 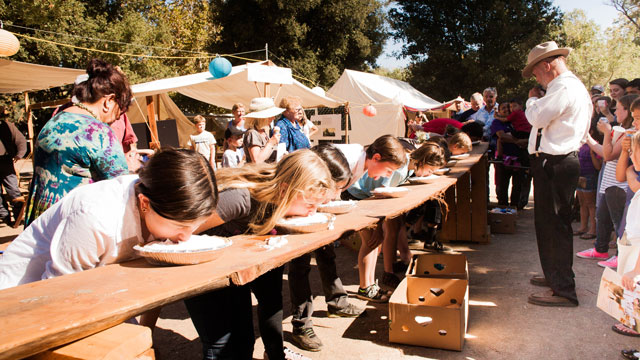 One attraction of Tent City is the old-fashioned games that take place, the most popular being the pie-eating contest.

The annual Colony Band Festival will take place on Saturday starting at 2 p.m. in Memorial Stadium at Atascadero High School. Volunteers are invited to become involved with the committee and the event. For more information, call (805) 466-9822 or go to www.colonydays.org. –Heather Young