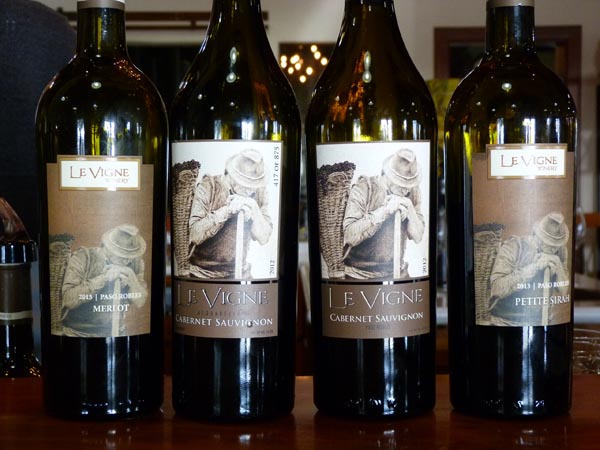 The lineup at the Le Vigne Winery tasting room.

Le Vigne Winery in Paso Robles is a winery built upon the history of its owners, Walter and Sylvia Filippini. The property itself was purchased by Sylvia’s family in the early 1960s, and was originally used to grow hay and raise cattle. In 1982 the first grapevines were planted, with the intention of selling them to winemakers in the nascent wine region.

Barreto is very familiar with the history of the Filippini family. Barreto says that at the start of the grape-growing business on the property, “…chardonnay and cabernet sauvignon were planted to supplement the growing demand of other wine growing regions like Napa and Sonoma. As the vines matured, growers and winemakers began to see real potential for the area with its unique soils, climate and costal influence.”

Barreto describes the success of the grape-growing business, and the transformation of the farm to include a winery, “The grapes grown on the estate were highly regarded by local producers and always in demand. Recognizing the quality, the family began making wine with grapes from the property beginning in 1989. Then they built a state of the art winery in 1995 and developed additional vineyards in 1998. They expanded the wineries varieties to include: merlot, syrah, sangiovese and cabernet franc in addition to the original plantings of cabernet sauvignon and chardonnay.” 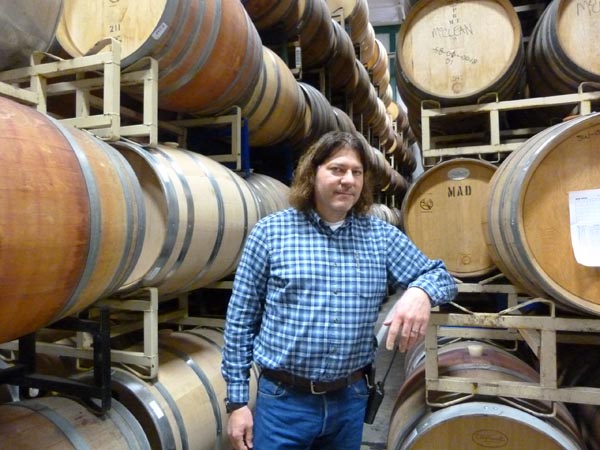 Walter grew up in Como, Italy and used to work on his grandparents’ vineyard in Valtellina during the summers. Michael says that, “As Walter grew, he developed a passion for cooking and the kitchen – an important facet of Italian life.” Walter began his professional training at age 15, and went on to win Italy’s National Chef’s competition in 1981. His success in the culinary world led him to New York City and then to Beverly Hills. He eventually became a partner in the Italcheese Company.

Sylvia Filippini grew up in Southern California and spent much of her summer and weekend time at the family ranch in Paso Robles where she learned about the business of farming. She went on to work at the family cheese distributing company. She and Walter met through their connection in the industry. They were married and had two children, Domenico and Kiara. 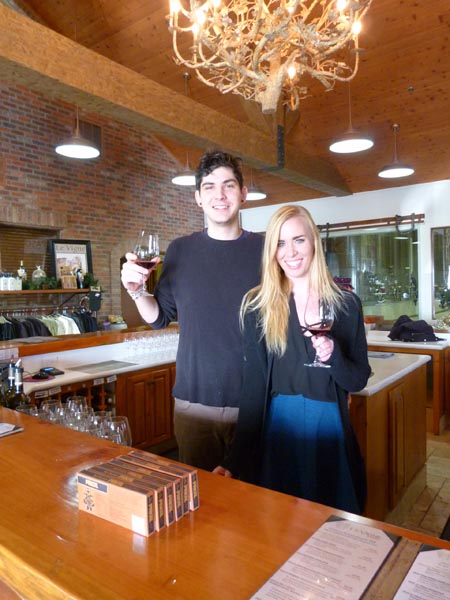 Now Walter and Sylvia own Peacock Cheese. The company imports and distributes high quality cheese and food items from around the world. Because of this connection the Le Vigne Winery tasting room offers wine and cheese pairing flights, and Barreto says that they have a staff specially trained in pairing wine with cheeses from around the world.

Walter and Sylvia also grow Arbiquina olives and raise pigs, sheep and miniature donkeys on the property, which Michael says brings “the feeling of the Italian country side to Paso Robles.”

For Barreto the vineyards and their history are a huge part of his approach to making wine at Le Vigne Winery. He says, “…the most influential part of any wine is the vineyard. The vineyard is where the vines are rooted and where the grapes develop and ripen until harvest. For close to 100 days, the grapes are in the vineyard, developing the story that they will tell, through the wine that is made.”

“At Le Vigne Winery, our goal is to create unique and outstanding wines that portray characteristics of the vineyard and vintage that produced them,” said Barreto. This philosophy is reflected in the very name of the winery, which means “the vineyard” in Italian. The name weaves together the personal history of Walter and Sylvia Filippini with the winemaking philosophy that guides the process in the cellar.

Le Vigne Winery is located at 5115 Buena Vista Drive in Paso Robles and is open daily from 11am – 5pm, with extended hours until 6pm on Fridays and Saturdays during the summer. Call (805) 227-4000 or visit www.levignewinery.com for more information.