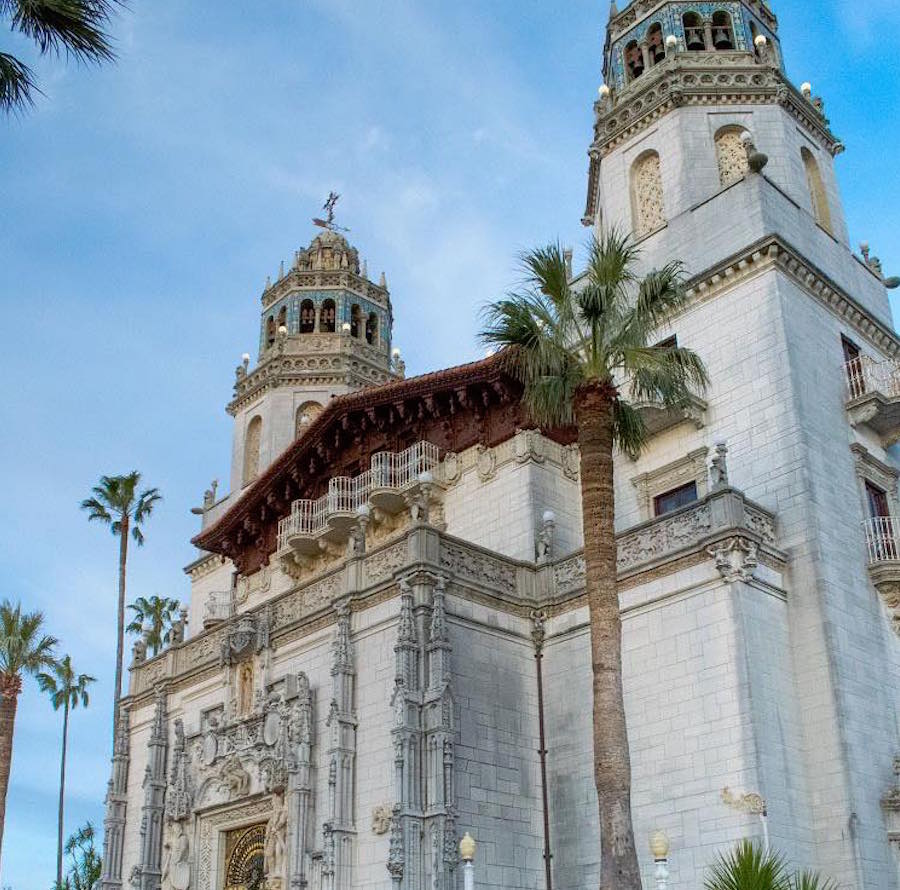 Hearst Castle is open and ready for visitors.

So many tours, so little time

—Hearst Castle, one of California’s world-famous landmarks, celebrated its 2021 reopening with the introduction of the Julia Morgan tour, increasing the total number of tours at the castle to at least nine, not counting private tours. Some of the tours are wheelchair-accessible and accommodate visitors (with their support dogs) who have standing and mobility difficulties.

The two-hour Julia Morgan tour gives visitors an in-depth look at Morgan’s life and career as well as tours of rarely seen areas of Hearst Castle. Morgan was hired as the architect of the castle after the death of Phoebe Hearst, William Randolph Hearst’s mother. Hearst reportedly hired Morgan to create “something a little more comfortable up on the hill.”

Phoebe Hearst was an accomplished woman in her own right, founding the University of California Museum of Anthropology, among other major contributions. With Pheobe’s influence in his life, it’s no wonder Hearst was drawn to hire Julia Morgan to build his castle on the enchanted hill.

Morgan not only designed the castle on the hill but also the Hearst San Simeon property and other family properties. As one of America’s preeminent architects, Morgan’s designs graced private homes, college campuses, women’s clubs and religious buildings. The tour highlights Morgan’s gift for design and includes photographic displays of architectural drawings, family photos and personal items.

Hearst started building the fabulous estate on family ranchland overlooking the village of San Simeon in 1919. He called the estate “La Cuesta Encantada” – Spanish for The Enchanted Hill. By 1947, the hilltop complex included the iconic twin-towered main building, three guesthouses frequently occupied by Hollywood’s famous, and 127 acres of terraced gardens, fountains, and pools.

Regular visitors to the castle included a long list of Hollywood greats, political leaders such as Winston Churchill and Calvin Coolidge, and other notables such as Howard Hughes, George Bernard Shaw and Hedda Hopper and Louella Parsons, well-known gossip columnists of their time.

The castle was donated to the State of California in 1957 and managed by the California State Parks System. The doors first opened to the public in 1958. The castle sees over 850,000 visitors from all over the world every year.

The guided tours include year-round and seasonal tours. The year-round tours include the private rooms and suites, the guest cottages, the kitchen and the Julia Morgan Tour. Seasonal tours, only available at certain times of the year, include The Art of San Simeon, Hearst and Hollywood Tour, an evening tour, and a holiday tour. Private tours for schools and other groups are also available by prior arrangement.

Hearst Castle is located on Highway 1 above the village of San Simeon, a four-hour drive from either Los Angeles or San Francisco. Reservations are strongly encouraged. For directions, reservations, ticket prices, and information about the tours visit hearstcastle.org or call (800) 444-4445.