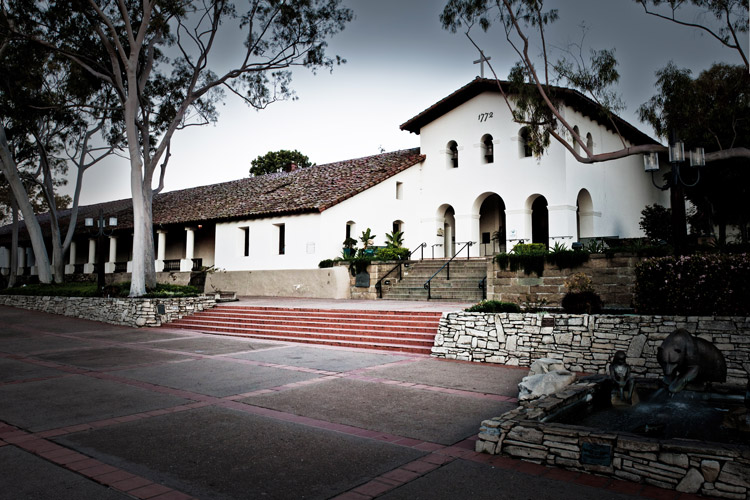 Located in the center of downtown San Luis Obispo, the Old Mission remains the heart of a vibrant and spirited city. It is an historical treasure admired by visitors from through the world, as well as the home of a large Catholic faith community founded by the Franciscan missionaries who accompanied Fr. Junipero Serra to California.

Pilgrims and visitors of many faith traditions find the quiet and peace of the Old Mission Church, its grounds and gardens, to be a place of rest and renewal for the spirit. Unlike many California Missions, the church of San Luis Obispo de Tolosa does not charge admission, but welcomes donations, and its doors are open to all 365 days a year. There are two daily Masses and seven Masses on the weekend in English and Spanish.
The Mission operates an attractive Gift Shop and a Museum that brings to life the past two hundred years of the San Luis Obispo region, the life of the indigenous people, and the arrival and settlement of ranchers and farmers throughout Central California. 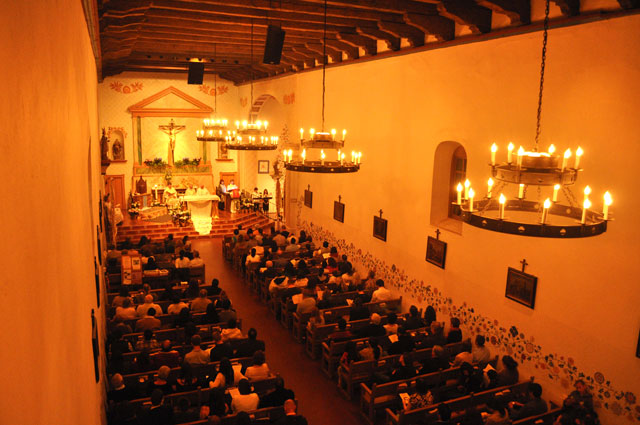 Mission San Luis Obispo was founded in 1772, four years before the signing of the Declaration of Independence. It was the fifth of the 21 Spanish missions to be established in Alta California Missions from San Diego (1769) to San Francisco Solano (1823). Mission San Luis Obispo has always been situated near its present location, close to the reliable water of San Luis Creek.

The Mission grew in stages, from rudimentary thatch, bows, and logs, to the substantial abode walls and tile roofs still standing today. In contrast to some missions, San Luis Obispo never fell into complete ruin or abandonment following the secularization period under the Mexican government. Perhaps its most unusual feature is its “L” design. The original church consisted only of the main wing leading to the sanctuary and altar. In the 1880’s and again in 1948 the “annex” wing was extended in stages to provide seating from the rapidly growing San Luis Obispo community.

Just beyond the front Mission doors is Mission Plaza. In certain ways this space has always been the “front porch” of the Mission district. But until the 1ate 1960s the shaded Plaza was simply an extension of Monterey St. with parking and traffic.

The development of Mission Plaza in the 1970’s brought the Mission and its community together in a new way. Events, concerts, and cultural celebrations take place throughout the year along-side baptisms, weddings and funerals. The old world of the Mission and the new world of the Plaza mix together the full spectrum of life in San Luis Obispo, the secular together with the sacred. Visitors, who add their own gifts, are always welcome.

The Museum Gift Shop and Mission are open from 9 a.m. to 4 p.m. with extended hours to 5 p.m. during the summer. Call (805) 543-6850 or visit www.missionsanluisobispo.org for more information, including a schedule of Masses and special events. 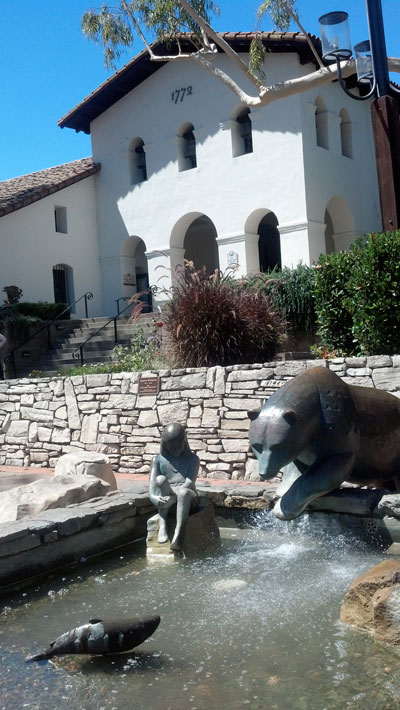