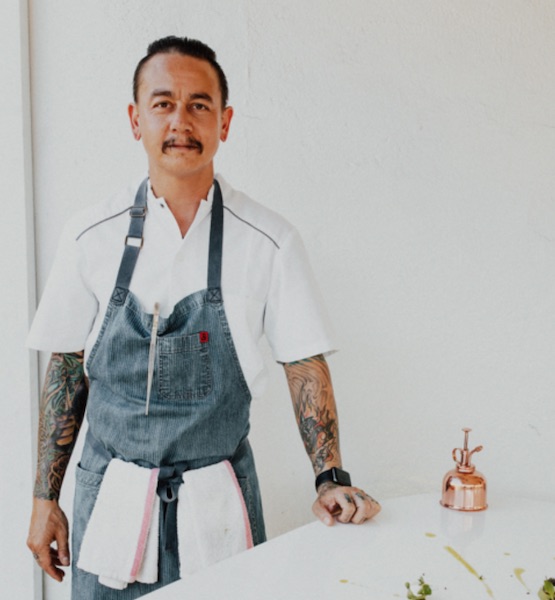 –Thomas Hill Organics has welcomed new executive chef Libry Darusman to the team. His new lunch and dinner menus, with a focus on housemade ingredients and local purveyors, are already a hit with restaurant guests, according to the restaurant.

Chef Libry Darusman brings an extraordinary flair for exotic, unique flavor combinations to his new role. Born in Indonesia, Chef Darusman spent his youth living throughout Europe, where he was exposed to French and German cultures and became well acquainted with many Michelin Star restaurants.

Upon completing training with the California Art Institute in Orange County, California, Chef Darusman continued his experience by working with celebrated Chef Theo Schoenegger of Sinatra’s Restaurant – the sole licensed restaurant of the Frank Sinatra family. Located inside the Encore Resort in Las Vegas, Nevada, Sinatra’s catered to many of Las Vegas’ most distinguished guests and influential food critics.

Darusman went on to work at Eva Restaurant in Los Angeles, where he continued to develop his own style in the kitchen while working alongside Chef Mark Gold. Most recently, he was the executive chef for Roomforty, which holds events in Los Angeles and Orange County; there he further broadened his culinary experience through events such as the Emmys, Golden Globes and private tasting dinners for numerous dignitaries, including President Clinton.

“Chef Libry has extensive experience working in high-profile restaurants, but he also has a worldly palate and a willingness to get creative in the kitchen,” said Debbie Thomas, owner. “He has lived and worked all over the world, developing an appreciation for different tastes and flavors that we feel will be invaluable to our menu. With the bounty of the Central Coast at his fingertips, we look forward to watching Chef Libry’s creativity flourish.”

For more information about Thomas Hill Organics or to make a reservation, visit ThomasHillOrganics.com, or call (805) 226-5888.