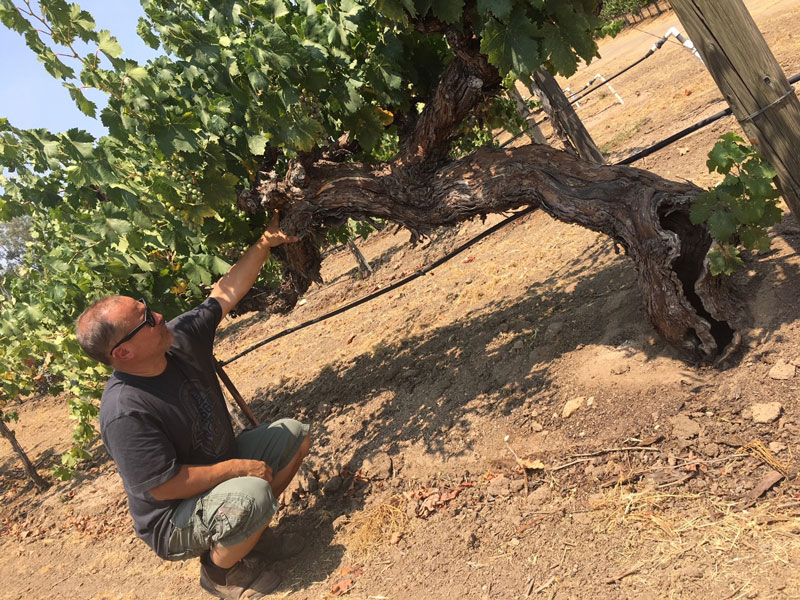 His explorations with Peachy Canyon Winery Zinfandel have earned winemaker Robert Henson a noteworthy mention in the December 11 issue of the Wine Enthusiast. The recent article ranked Henson among the top producers who bring “out the best in California Zinfandel.”

Zinfandel is “California’s heritage grape,” said Henson. Introduced to California somewhere between 1852 and 1857 it became widely planted because it thrived so well in the state’s climate and soil. Research has revealed that the Italian Primitivo and an ancient Croatian variety, Crljenak Kastelanski, are genetically identical to Zinfandel grapes. Among the characteristics that distinguish Zinfandel from its genetic family are the differences in cultivation, terroir, the grape clusters, and the winemaking process. “A perfectly ripe cluster has raisins,” as Henson is quoted in the Wine Enthusiast article, “If you pick without raisins, you get a green flavor, so optimal ripeness has some raisins.”

Henson’s work with the grapes and vineyards of Peachy Canyon Winery have led to Peachy Canyon Wines Zinfandel receiving accolades from the industry. The Beckett’s, Peach Canyon Wines owners and pioneers in Paso Robles Zinfandel, hired Henson in 2015. After studying winemaking at California State University, Fresno, Henson went to work with Michael Michaud. During his work with Michaud, Henson said, “I unlearned everything I ever knew,” and his taste in wines began a shift that led him to Zinfandel.

We are very proud of Robert and his accomplishments and the attention this article has brought us,” said Peach Canyon co-owner Doug Beckett. Becket and his wife, Nancy, have owned Peachy Canyon Winery since 1988.

“Wine Enthusiast has always been very supportive,” said Beckett. “The wine business is very competitive and as our wines improve we are grateful for the opportunity this kind of coverage brings us.”