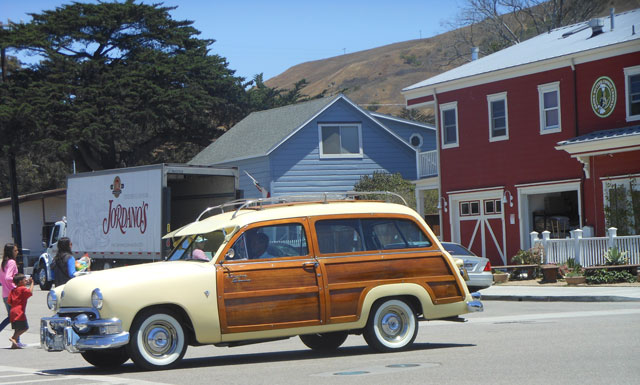 The last of the California vintage surf towns: Cayucos

Cayucos is considered by many to be among the last of the California vintage surf towns. Its small-town mentality, popular events and proximity to vast stretches of scenic coastline continue to make this a favorite Central Coast destination for residents and visitors alike. Located directly off scenic Highway 1 between Morro Bay and Cambria, world-famous Hearst Castle lies north less than an hour away. Because of its mild seasons, Cayucos is popular for both summer and winter vacationers, especially for those who love the ocean.

Downtown offers an eclectic architectural flair synonymous with its cultural history and features antique malls, gift shops, surf and kayak shops, candy and ice cream stores, fine dining restaurants and an old-world tavern.The wharf, initially built in 1872, was first used by commercial steamships from both Los Angeles and San Francisco who docked here several times each week. Popular over the years as a public pier used for long strolls and fishing, it is currently closed due to structural damage and general wear and tear.

It’s also a popular place for skin diving, swimming, surfing and sea kayaking. Driftwood collectors and beach walkers enjoy miles of shoreline while dogs race in and out of the surf. With Morro Rock in clear view and merely 5 miles to the south, this stretch of beach is vast and the views are incredible. It’s not uncommon to spy dolphins playing in the surf along with sea otters and sea lions.

Along with the annual 4th of July festivities, which bring thousands into this coastal jewel with the sights and sounds of parades, live music and fireworks, there are plenty of other events that take place in Cayucos throughout the year. At the base of the pier lies the local Veterans Hall which serves as the host for many fundraisers, artistic venues and special events.

Cayucos hosts a Portuguese Festival each July which offers a direct link to the 1800s when the area was primarily devoted to ranching and dairy farming. Some of the county’s oldest families with Swiss-Italian or Portuguese names came from this earlier time and have remained in the area through the generations.

Each New Year’s Day, Cayucos again comes to life with its annual “Polar Dip” swim where thousands head together into the brisk water. Invigorating to say the least, it’s another one of many annual traditions that keeps this such a close-knit community.

Preserving the historically picturesque open space areas surrounding Cayucos is the primary goal of the Cayucos Land Conservancy. Established in 1999, it has been instrumental in preserving the nearby Estero Bluffs (4 miles of coastline north of Cayucos) and other outlying areas. Its work is endless and is another reason this magnificent area continues to have such a strong draw.