Be a beach bum with a coastal vacation rental 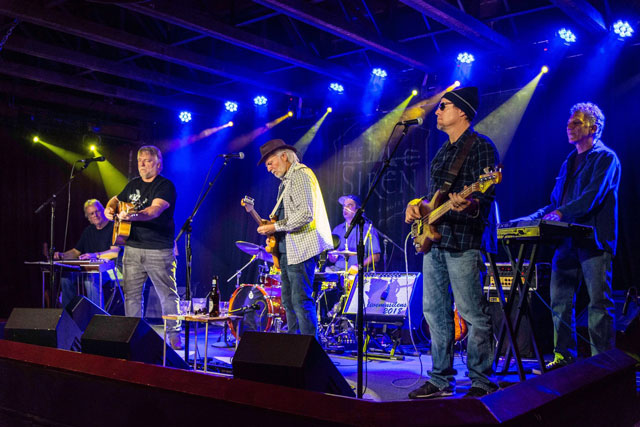 The 4th Annual Arroyo Grande Beer Feast will take place at Heritage Square Park in the Village of Arroyo Grande on Saturday, October 12th. This craft beer and food festival has quickly become one of the Central Coast’s most anticipated tasting events! The festival, which caterers to the more mature beverage fans, will benefit the 5 Cities Meals on Wheels and the Arroyo Grande Village Improvement Association. Attendees will enjoy beers from 33 award-winning and premium craft breweries and tasty munchies from 15 Arroyo Grande based restaurants as well as great live music from the Crisptones Band and Matt Cross! General admission tickets (which will sell out in advance) are now available online at My805Tix.com.

The Beer Feast will offer ongoing beer and food tasting from 2-6pm. Breweries pouring at the Festival will include all your Central Coast favorites along with the California biggies. Every type of beer you can imagine will be sampled – including some you have never heard of! The brewery list includes all the locals such as Figueroa Mountain, Firestone, Central Coast and SLO Brew. The list of out-of-towners will include Sierra Nevada, Russian River, Topa Topa, Lagunitas and The Bruery. A special German beer sampling table and exhibit entitled “A Tour of Germany” will once again be provided by Chuck Higel.

The Crisptones Band is one of the Central Coast’s most festive classic rock and rock party bands. The group was awarded Contemporary Band of the Year by the Los Angeles Music Awards in 2007 and Mark Crisp was was tapped as the Singer – Songwriter of the Year by the Dallas Song Writers Association in 2008. Rob and Dugie Mark Crisp are on guitar and vocals, Howard Emmens on drums, Johnny Punches on bass and Richard Garoogian on keys. With over 1500 gigs performed in the last 10 years its safe to say that Matt Cross is a well established Central Coast singer-songwriter. Matt mixes a compelling combination of hip originals and cover material.

The 5 Cities Meals on Wheels is the primary beneficiary from this event. That organization was established in 1975 and has been able to reach into its community to offer a helping hand to its homebound neighbors facing personal health challenges. Over the years, Meals on Wheels has been able to make a difference in its community and in the thousands of individuals it has served. Also benefitting from this event will be the Arroyo Grande Village Association which annually presents a number of free community events in the AG Village including the Strawberry Festival, the Village Summer Concert Series, Halloween in the Village, Elegant Evening in the Village and Christmas season events, activities and decorations.

Major sponsor for the Beer Feast is the Village’s new Agrarian Hotel. The Agrarian is an exquisite new property located at the gateway to wine country. It is where warm hospitality and sustainability in design coincide to redefine the boutique hotel experience. Situated around exclusive antique shops, acclaimed elegant eateries, and blissful wineries, The Agrarian offers walking distance to these fine locations. Its tastefully designed boutique rooms and suites offer many amenities to assist and comfort guests throughout their stay. Beer Feasters will be glad to know that The Agrarian is located just one block from Heritage Square Park!