Beaverstock, the annual fall music festival hosted by Castoro Cellars returns again this year September 19-20. The weekend festival, now in its third year, will be headlined by popular acts Dawes and War and features over 15 bands on two stages. The hours for both days of the festival are noon to 10 p.m. 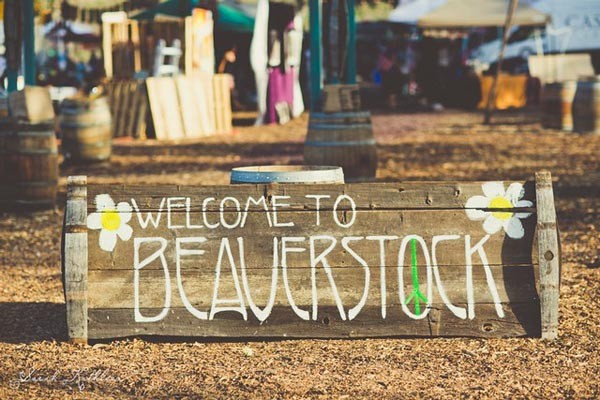 Beaverstock also serves up local art, yoga and kids crafts. Proceeds from the festival benefit the Templeton Education Foundation. Beaverstock is held in the meadow of Whale Rock Vineyard at Castoro Cellars. Tickets are now on sale at www.castorocellars.com.

Guests this year will enjoy the ‘Artist Grove,’  an expanded collection of local artists including workshops, an art inspired lounge and yoga sessions.

“Our vision is to bring together amazing soulful musicians, interesting local artists, yoga activities wine tasting, local foods and craft breweries all in a laid-back environment,” said Luke Udsen, California sales & marketing director and co-founder of the festival. “In essence, Beaverstock is your favorite hometown concert in the park that lasts for two days.”

Saturday’s headliner is American roots rock band Dawes, known for their vintage 70s rock-and-roll sound. They have toured with Bob Dylan, Jackson Browne and John Fogerty, had multiple appearances on Late Show with David Letterman and appeared at nationally recognized festivals Bonaroo, Coachella, Outside Lands and Lollapalooza. In the midst of releasing their new album June 2, Dawes is touring with Mumford and Sons and Hozier.

On Sunday, jazz/rock band War will closeout the festival. War has been performing since 1969, with huge hits like “Low Rider, “Why Can’t We Be Friends” and “Cisco Kid.”

Castoro Cellars wines will be available in signature take-home Beaverstock canteens or GoVino glasses as well as some local craft beverage such as – Firestone Walker, Toro Creek, Tent City, Barrelhouse and Bristols Cider. Several gourmet food trucks and food vendors will be on site for guests to purchase food.

Castoro Cellars is the main sponsor of the Templeton Concerts in the Park on Wednesdays. They will be selling tickets to Beaverstock at the concerts in the park, starting June 10, and every Wednesday in Templeton City Park.