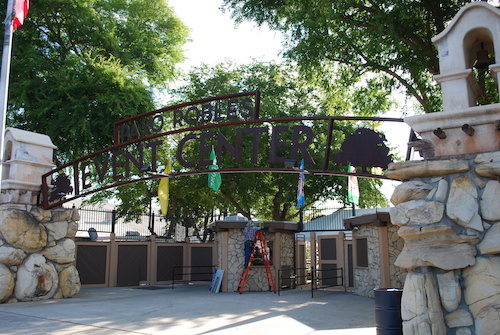 For the first time in the history of the fair, two shows featuring two different artists “sold out” in the same year. Both the Eric Church concert on July 21 and the Luke Bryan concert on July 26 “sold out.” All in all, more than 78,000 tickets were sold to the 2018 Bud Light Concert Series. Other top-selling shows were Florida Georgia Line, Tim McGraw & Faith Hill, Pitbull, ZZ Top, Demi Lovato, Dwight Yoakam and Gabriel “Fluffy” Iglesias.

A total of 61 entries qualified for auction this year, with the overall money being raised for the kids reaching an all-time record of $100,825. Over $500,000 has been brought in since the auction began over 20 years ago.

For the second consecutive year, revenue from corporate sponsorships exceeded the $1 million threshold, increasing a whopping 21% from 2017, to just over $1.2 million dollars.

Best in Show went to Alara Cellars’ 2017 Grenache Blanc, sourced from San Benito County. The honor came after judges awarded it a Double Gold Medal and deemed it both Best in Class (Grenache Blanc) and overall Best White Wine. Alara’s win marks the first time a Grenache Blanc – a variety that has become a fixture of Central Coast wine – has ever been bestowed Best in Show in the competition’s 16-year history. There were nine total Grenache Blanc entries this year.

Brewmaster of the Year

Ten communities, the County of San Luis Obispo and Cal Poly were showcased in a dynamic and animated display located in the very large showcase windows of the Frontier Pavilion in Frontier Town. The People’s Choice Award for best display went to the combined efforts of Oceano/Nipomo.

The Career Fair featuring Local Unions 104, 155, 403, 433 and 639 was a smashing success with apprentice programs explained to eager job-hunters… the VIP Hospitality Tent was an added bonus to sponsors and concert goers… singer and songwriting legend Kris Kristofferson played to two packed houses on the Frontier Stage… the “Hands On Farming, Joe Sabol Experience” featured the master teacher himself in all of his ‘Learn By Doing’ greatness… and finally, a record number of photography entries, more shaded areas, more flowers and more seating benches.