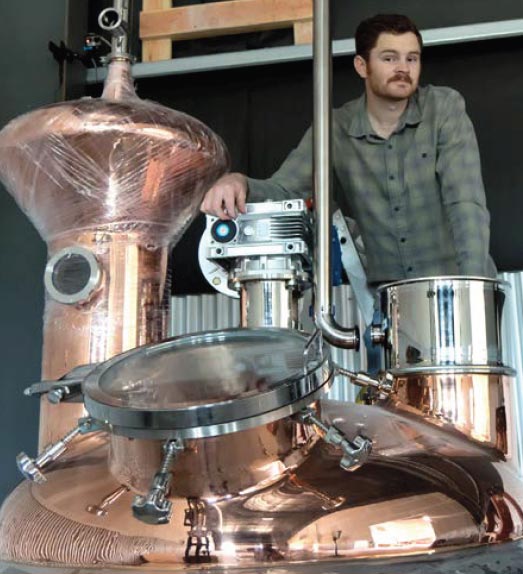 Building upon the success of its “Liquid California” mantra, up-and-coming distiller Calwise Spirits has reached a new milestone with the opening of a flagship distillery in the Paso Robles wine country on California’s Central Coast.

Founded in 2016 by Aaron Bergh, who at age 25 is one of the youngest master distillers in the world, Calwise Spirits specializes in gins and rums that are infused with native California ingredients. Fittingly, the labels depict illustrations of iconic California wildlife. 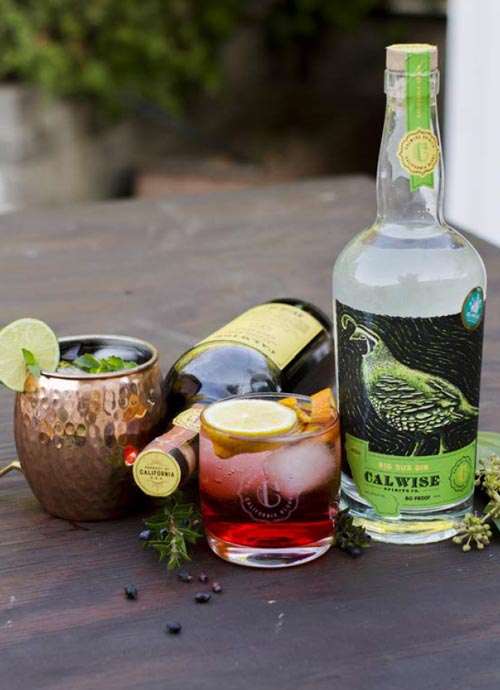 Calwise’s signature offering is the “Big Sur Gin” ($35), which is distilled from locally sourced wine grapes and infused with 12 organic wild herbs that are largely native to the iconic Big Sur coastline, including sage, yerba santa, bay, fennel, and elderberry.
As a Central Coast native and an outdoorsman who studied plant sciences at Cal Poly San Luis Obispo, Bergh alighted on the idea of Big Sur Gin while hiking in the region’s oceanfront mountains.

“I’ve been hiking around the Central Coast for years, and wanted to capture the aromas and flavors I found in the wild,” he said. “I wanted to remain true to juniper being the classic central gin ingredient, but in addition to the other traditional botanicals such as coriander and citrus peel, I decided to explore using these native herbs. After a multitude of test batches, I finally found the perfect blend for creating this taste of what I call ‘Liquid California.’”

Another signature Calwise offering is the “Blonde Rum” ($33), which is fermented with U.S.-grown raw sugar cane and matured in retired wine barrels used in local chardonnay production, resulting in a rum that is “as bright as the sun and as crisp as an ocean breeze.”

Buoyed by the success of his inaugural creations, Bergh is now confidently moving forward with the buildout of his new 6,000-square-foot distillery and tasting room. To date, he has been producing his spirits in collaboration with a distillery in San Diego.

The centerpiece of the distillery is a still that has been customized to Bergh’s specific modifications. In addition to tasting flights of rum and gin, the tasting room will serve proprietary Calwise cocktails. A small menu will feature light bites such as locally made flatbread pizzas and bacon-wrapped dates. The visitor area will include a redwood bar and seating at copper tables. In addition to signature Calwise offerings, the distillery will feature special-batch spirits including a barrel-aged gin.

“This is going to be a hub of creativity and experimentation, and it is going to drive the next chapter for Calwise Spirits,” Bergh said. “I’m stoked to finally have my own home.”

Calwise Distillery is located near “Tin City” at 3340 Ramada Dr suite B, in Paso Robles. Their tasting room is open Thursday Friday from 4-9 p.m. and Saturday and Sunday from 12-9 p.m. For more information call (805) 369-2662 or visit
calwisespirits.com.