California lifts Regional Stay at Home Order for all regions 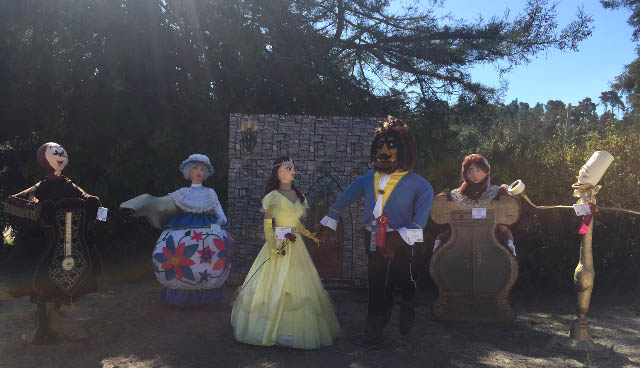 –In a place “where whimsy runs rampant,” there’s no telling what one might find when wondering among the creations of the Cambria Scarecrow Festival. With a 2015 theme of “A Magical Place,” hundreds of scarecrows, from comical to spooky, welcome passersby to drive through, stroll along, and sit for a spell to enjoy the artsy and unique offerings of the season. 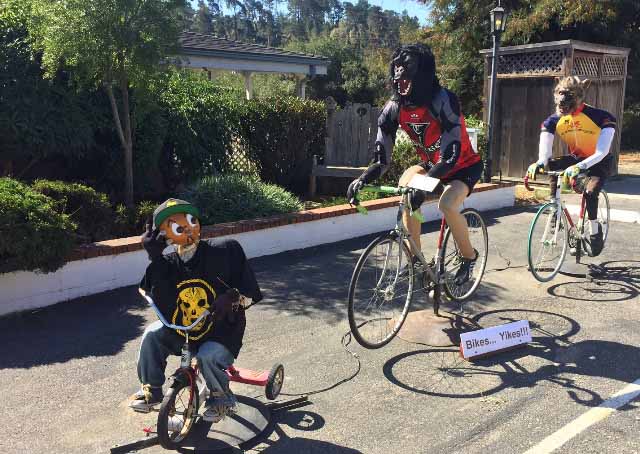 Bikes…yikes! Roll on over to the Cambria Scarecrow Festival and check out Just Bicycles, created by Tom Kennedy, Jim Covello, Bill Cook, and Jim Pitton and sponsored by the Slabtown Rollers. Photo by Meagan Friberg 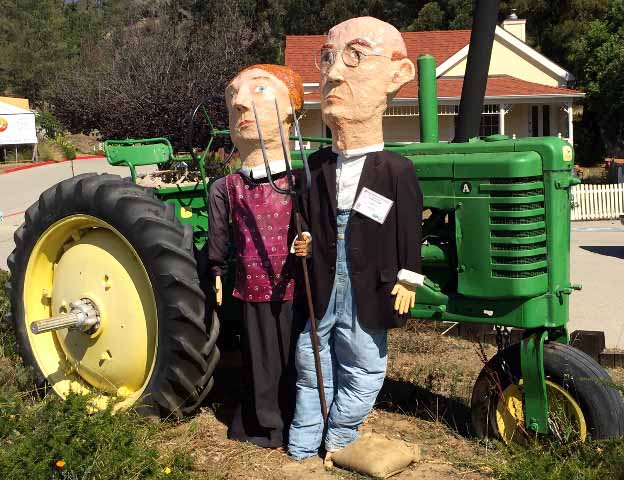 Attached to each scarecrow are cards that give information including the creator, sponsoring organization or business, and a QR code that allows visitors the opportunity to scan for more information and facts using a Smartphone. 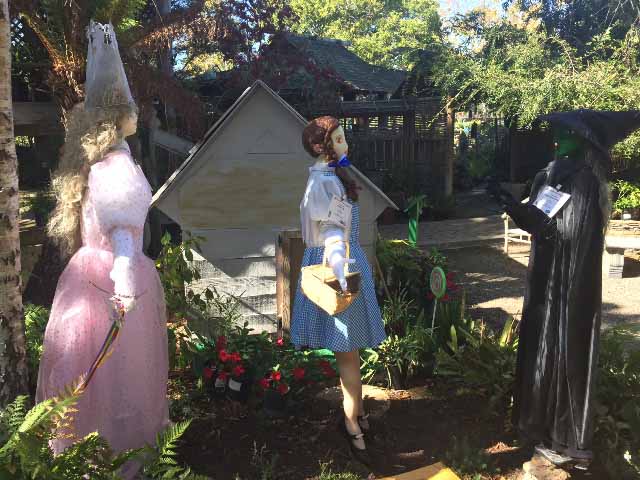 Glinda the Good Witch of the North, Dorothy Gale, and Wicked Witch of the West, created by Tamara Stone, sponsored by Cambria Nursery and Florist. Photo by Meagan Friberg

Check out the Scarecrow Festival through Oct. 31. Fun for the entire family – and be sure to bring a camera! For more information, including a free interactive guide to the scarecrows, see www.cambriascarecrows.com or stop by the Cambria Chamber of Commerce, Cambria Historical Museum, or San Simeon Chamber of Commerce. See more information about visiting in the Cambria Travel Guide. 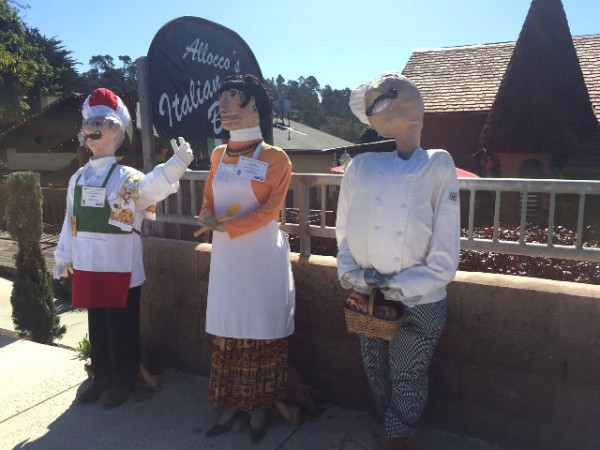 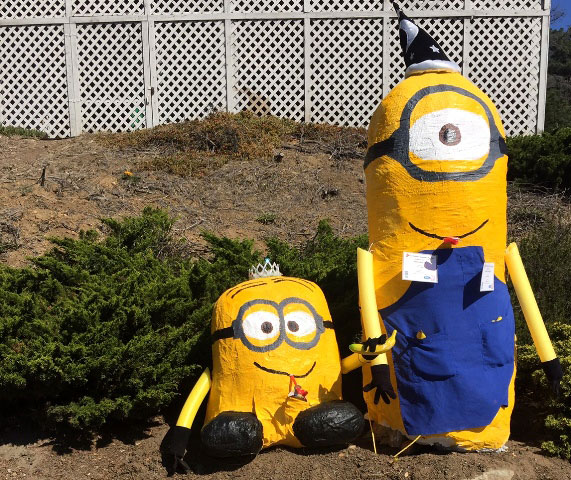 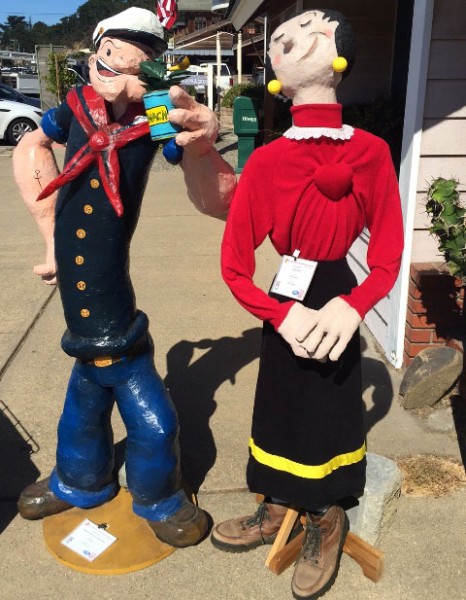 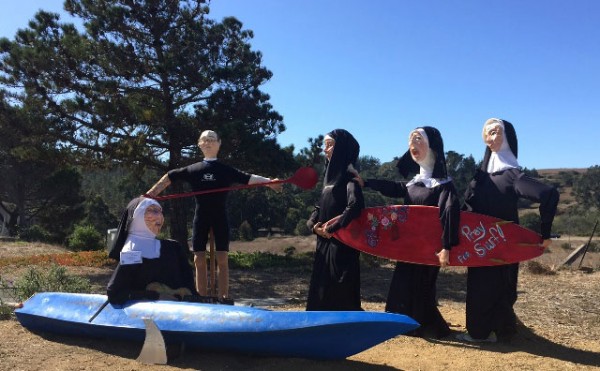 Pray for Surf, situated at the entrance to the Santa Rosa Catholic Church. Photo by Meagan Friberg 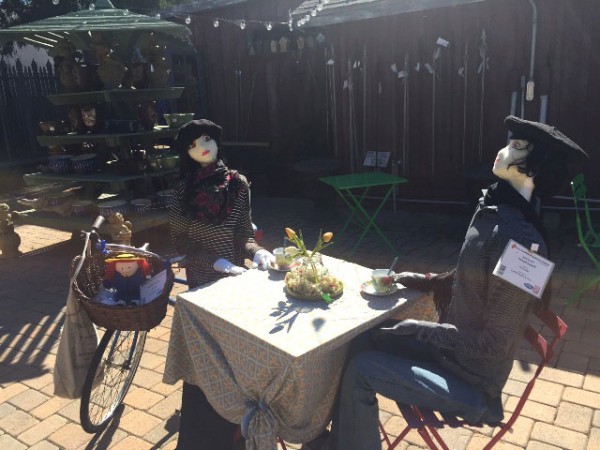 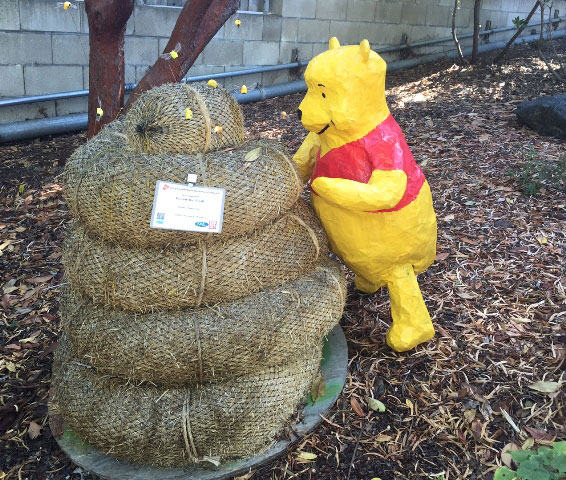 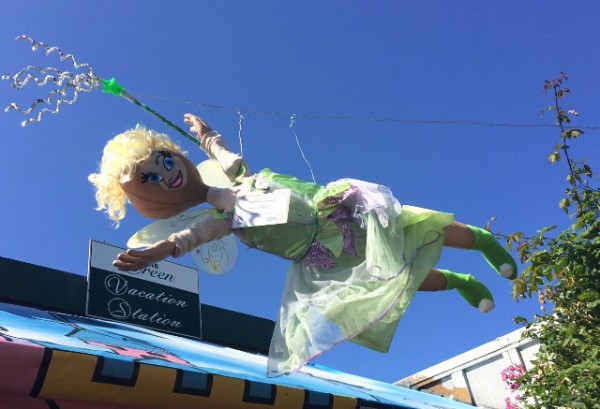