Beads by the Bay is a craft and garden wonderland 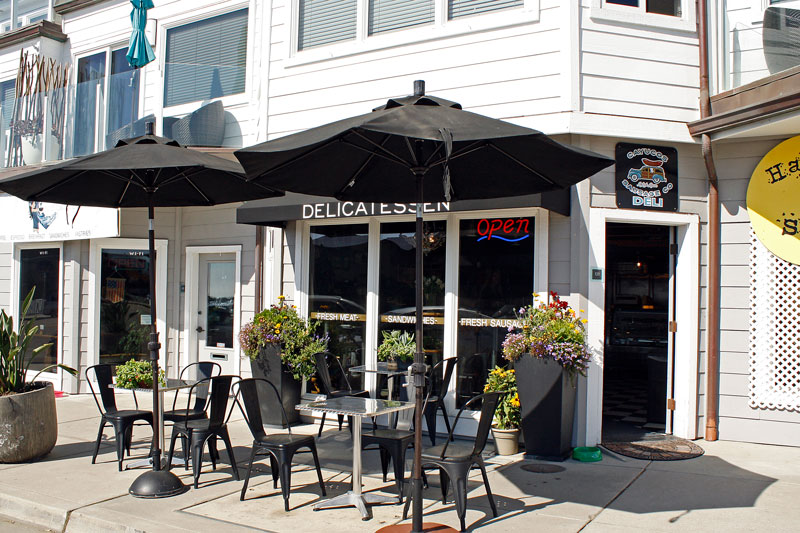 –The Central Coast is known for many interesting types of foods, tri-tip and avocados for instance, but sausage is definitely uncommon. So, the success of Don and Juneé Sherwood’s Cayucos Sausage Company is a welcome treat for visitors and locals.

Although well known by locals they were somewhat hidden for 18 years at the back of the Cayucos Supermarket but recently the couple struck out and found a great location across the street from the Shoreline Inn. With cute little tables with umbrellas out in front and a spacious patio in back, people can come and enjoy the variety of meats and deli items that the Sherwoods offer.

Sausage was in Don Sherwood’s blood from the time he was 12. Raised locally, Sherwood is the last of nine children who had the opportunity to work for local ranchers, many of whom were of Italian/Swiss ancestry. “At one time of the year they would make Swiss sausage,” he explained, “and I learned from that.” 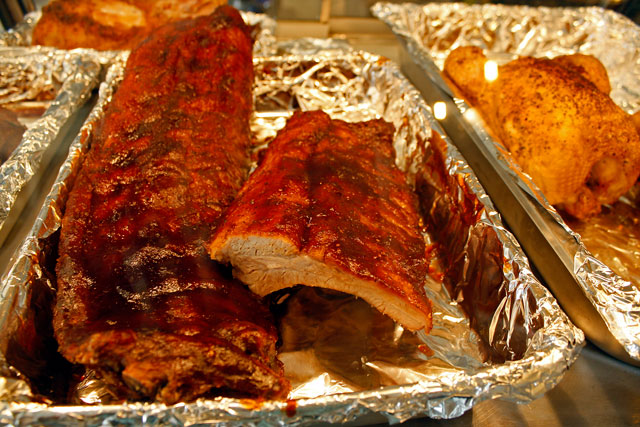 Sausage is basically made with pork and also combined with beef. After Juneé bugged Don for years he came up with a chicken sausage. The flavor wasn’t quite what he wanted and one night after pondering it for hours he suddenly thought of the missing ingredient. It was cranberry. He did the same thing with Irish sausage finally hitting on Guinness Blonde Ale. It’s his personal favorite. “He danced around the store the day he hit that combination” Juneé said “yelling, I got it, I got it.”

Sausages offered are French Apple, Hot Basque, Champagne Pecan, which they do for the holiday season, and Pumpkin for Halloween. There is Coastal Italian Baja, Polish, Mexican Chorizo, and Jalapeno Chipotle too. These are hand made in the store and are all natural with no preservatives.

The latest creation which may prove to be the million-dollar money maker is Juneé’s specialty, Dog Treats. “I took Cranberry Chicken Sausage and cooked it and sliced it and dehydrated it and came up with this nice little dog treat,” she said. “Dogs are literally going crazy for it.” On each day about 30 to 50 dogs go by the store and each stop to get their treat. A label with a name and packaging is in the works.

Cayucos Sausage Company is at 12 North Ocean Street, Suite 121, in Cayucos. Parking in the front but also in the back which is accessed from the north on the street just prior to the store location, Hours are daily 11 a.m. to 5 p.m. and closed Tuesday. Call in your order to 805-900-5377. 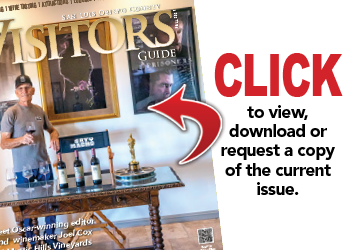