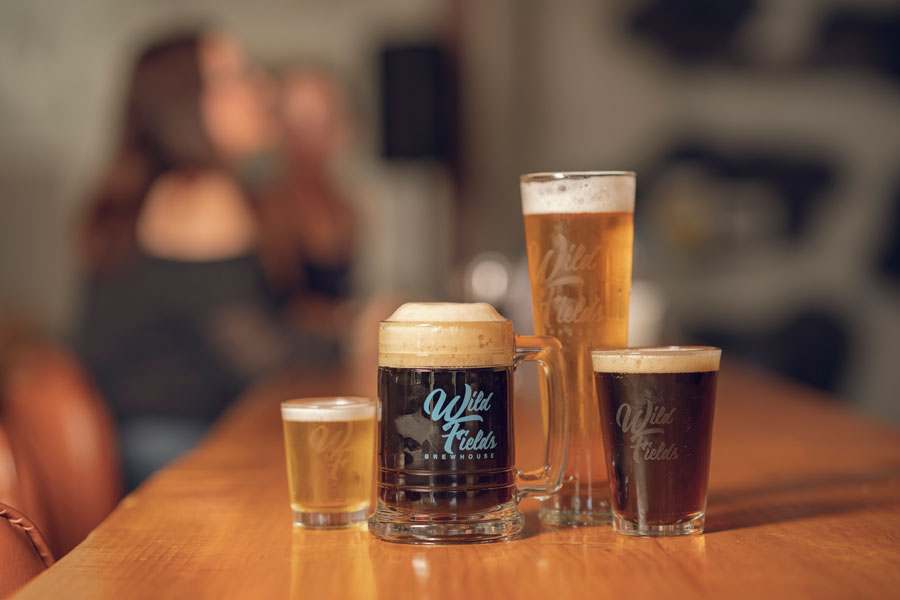 Mini-bowling, games and activities at this family-friendly brewpub

—Located in a former bowling alley, Wild Fields Brewhouse is a local brewpub, crafted as a comfortable space for beer lovers and families alike. The original lanes are long gone; however, owners Jacque and Ryan Fields installed a few mini lanes in addition to arcade games, foosball, giant Connect Four, and a toddler corner. The games are fun for the whole family including the adults.

Jacque and Ryan were brought together by craft beer and always dreamed of starting their own brewpub. They relocated to Atascadero and made their dream a reality when they opened the doors of Wild Fields Brewhouse in 2019. With two small children of their own, they wanted a place that offered something for everyone in the family. The timing of the opening wasn’t ideal since the pandemic shutdown came a short time later. The couple got creative and kept the business going until they were once again able to open their doors.

Jacque is the mastermind of the culinary items. The food menu was developed to be “a little more wild than the typical”. On the menu, you’ll find many classic items that pair with beer, such as pickled eggs, pretzels, sandwiches, and hot dogs; the twist is that the flavor has been hopped up.

Instead of your basic sandwiches you’ll find items like the Elote Burger, Luau Burger, Chicken Artichoke, and Blue Cheese Patty Melt. The mac and cheese is loaded with bacon and polish kielbasa, while the hot dog selection ranges from El Camino Street Dog to Currywurst.

Vegetarians will love the wide selection with several vegan items including the Brewhouse Bahn Mi made with a marinated grilled carrot and pickled veggies. Don’t worry, if you are bringing the kiddos, there is a Half-pint Menu with items those 12 and under will love including a PB&J sandwich. 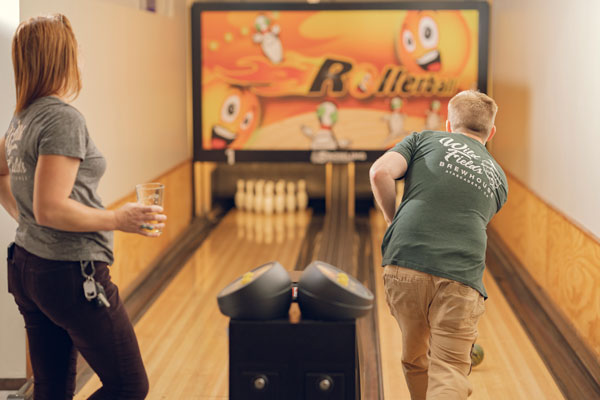 The main draw for adults is of course the beer. Among the 20 taps pouring house beers, there are at least two brown ales, a Mexican-style lager, and a Scottish-style ale. The beer has been raking in awards at competitions, including an impressive award of four gold medals at the 2022 World Beer Cup for Atascadero Beach, Pine Mountain Monolith, Magic Swirling Sip and Three Bridges Brown.

The four gold medals in a single year at this prestigious competition broke a craft beer record. The latest win was at the 40th Annual Great American Beer Festival, where Wild Fields Brewhouse was named Brewery of the Year in the 500 to 1,000 barrels of beer a year category. The award was won based on receiving three gold medals with their Magic Swirling Sip (Scottish Ale), Three Bridges (American Brown Ale), and Pine Mountain Monolith (English Brown Ale).

“Seven big medals at the biggest competitions in one year is definitely something we weren’t expecting to accomplish,” added Ryan. “We couldn’t do it without our awesome team here and all our supporters and people that believed in us along the way even though things haven’t always been easy or obvious that we were going to succeed.”

Be sure to visit their website at wildfields.com for upcoming events. You’ll find family-friendly events such as “Mommy” Meetup Mondays, Trivia nights, Paint & Pint afternoons, and Pottery Workshops.