By Visitors Guide
1179 Views
Posted In
News
Tagged as
Related 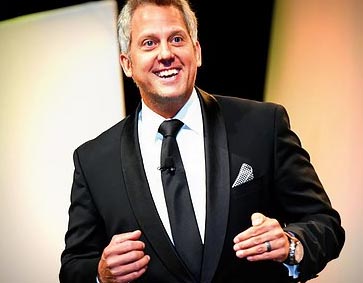 –Along Comes Hope presents “Comedy for a Cure” featuring Andrew Kennedy on Thursday, March 10, at the San Luis Obispo Country Club at 255 Country Club Dr. in San Luis Obispo. The night will start with a reception at 6:30 p.m. with the comedy show ending at 9 p.m.

“We are excited to bring this high energy fundraising event with talent like our comedian, Andrew Kennedy to SLO,” CEO and Founder of Along Comes Hope Jenny Mulks Wieneke said. “The fact that he’s dedicating his time to help support our kids with cancer, reflects his passion to support our mission. They say laughter is the best medicine! I say, laughter and supporting our kids fighting cancer, are the steps to a cure!”

The tickets for “Comedy for a Cure” are $45 and includes pizza, popcorn, a drink ticket for beer or wine and an opportunity to take fun photos in a photobooth. There will be raffle tickets for purchase upon arrival with prizes from local businesses all around San Luis Obispo. Andrew Kennedy’s comedy act is voted one of Comedy Central’s Top 20. He was also voted number one in the “Comedy Central’s Standup Showdown.” All proceeds from the comedy night benefit kids fighting cancer with Along Comes Hope.