Beads by the Bay, a creative delight for beads, gardens, and the imagination 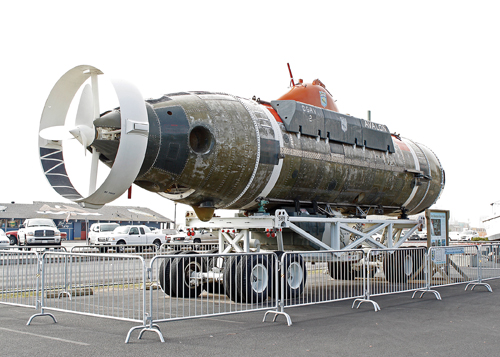 The Deep Submergence Rescue Vehicle (DSRV) Avalon is one of only two rescue submarines built for the Navy by the Lockheed Corporation.

On December 23, 1941 the Japanese attacked and sank the Union Oil tanker, Montebello, off the coast of Cambria. The tug boat, Alma, now moored in Morro Bay at the Morro Bay Maritime Museum, sailed to the rescue under the command of Captain Merle Molinari, rescuing 22 men from the tanker’s lifeboats.

The Alma is just one of the historic vessels on display at the Morro Bay Maritime Museum in Morro Bay. 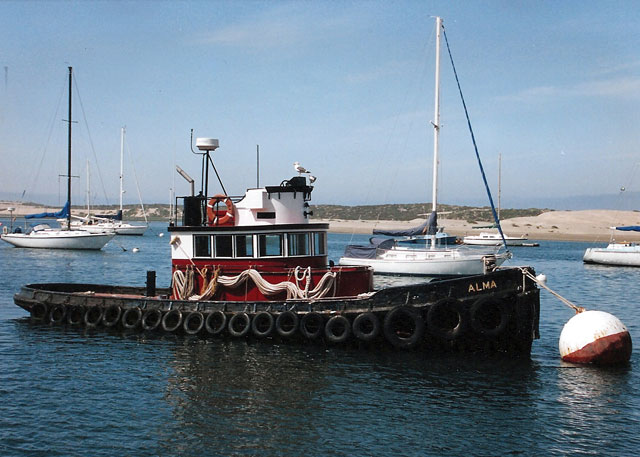 Volunteers have spent hours crawling above and below decks and over original 1927 hand-hewn oak planks restoring Tugboat Alma.

The Alma, built in San Francisco, was acquired by the Kelsey family in 1955 and added to the fleet of Sylvester’s Tug service, which was owned by the family at that time. The Alma operated out of Morro Bay until she was retired in the 1990s. She was eventually donated to the museum and restored in 2011. Joining the Alma at the museum are:

The museum has been preserving and interpreting the maritime history of California and beyond since its beginnings as the Central Coast Maritime Museum Association in 1995. Along with the current fleet that is on exhibit, the museum is involved in bringing a variety of visiting tall ships to Morro Bay for special events. In September 2018 the museum announced the installation of a permanent weather station at the museum site on Morro Bay’s Embarcadero.

The museum is located at 1210 Embarcadero in Morro Bay. Hours are Saturdays from 10-5. For more information call (805) 225 -5044 or visit the Morro Bay Maritime Museum at https://morrobaymaritime.org.