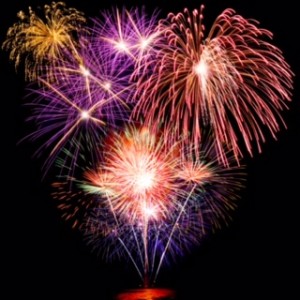 – There won’t be large displays of fireworks in Paso Robles or Atascadero but there will be a 4th of July celebration this year is in Templeton, and there are other Independence Day events not to be missed around San Luis Obispo County.

Charles Paddock, a county park ranger, established the Atascadero Zoo in 1955. He was known for rescuing and rehabilitating wild animals in distress. Artist Mark Greenaway designed the bronze statue that will honor Paddock and Paddock’s son, a U.S. Marine who died fighting in the Vietnam War and was awarded two Bronze Star Medals for Valor.

There are no large 4th of July events planned for Paso Robles, according to Travel Paso, but a number of the Paso Robles downtown tasting rooms are serving food, providing live music and hosting a few games, they say. Parrish Family Vineyards, Chateau Lettau, Grizzly Republic Wines, and Lusso Della Terra will all be participating. Some individual wineries are having special events listed on each winery’s website.

Templeton’s traditions include its annual parade from 10 a.m. to 3 p.m. that is sponsored by the Templeton Kiwanis. The parade travels along the Templeton Main Street. Following the parade, food, music and games fill the Templeton Community Park. Matt Nino’s Band and Triple Down Theory will provide live music in the park, and beer and wine will be for sale.

Cayucos and Pismo Beach are shooting off fireworks this year.

In Cayucos, enjoy 4th of July on the beach. Traditions include sand sculptures by children, adults and professionals. The annual parade along Ocean Avenue begins at 10 a.m. followed by a barbecue. The sand-sculpture contest is early in the morning from 5-8 a.m. and is sponsored by the Cayucos Lions Club. Fireworks will be around the pier at 9 p.m.

Pismo’s full day of music, food, arts, and crafts being followed by fireworks at 9 p.m. Events will be from 10 a.m. to 11 p.m. with more than 50 vendors on and around the pier. Visitors may watch the fireworks for no charge from the beach. For a special treat, visitors can pay $25 each to sit on the pier itself, from where the fireworks are launched.

“We set up chairs then we have snacks, hot chocolate, coffee and popcorn included in the $25,” said Beth Stewart of Pismo Chamber of Commerce. “It’s really cool because you’re high above the beach. We sell out every year, but we still have some tickets left right now.” To purchase pier tickets, call (805)773-4382 of go to www.pismochamber.com.