By Visitors Guide
1115 Views
Posted In
News
Tagged as
Related 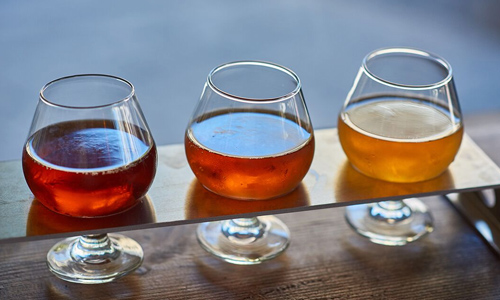 –Beginning Dec. 15, fans of the Central Coast’s original craft brewery will be able to pick up a six-pack of their favorite SLO Brew beer at select retail outlets throughout the region. With a history that spans over decades, SLO Brew is putting the finishing touches on their new brewing facility and tasting room, the SLO Brew Rock. With a Criveller rotary canning line and a 30-barrel capacity at The Rock, production of SLO Brew’s most popular and award-winning craft beers is in full swing.

“We are very excited about bringing our core beers to market and hope to expand distribution substantially beyond the Central Coast in the New Year, “stated Rodney Cegelski, co-owner of SLO Brew. “Our current focus is on cans as we are confident that they are the best match for the casual lifestyles of our customers – easy to take to the beach, for tailgating or camping – you can’t beat cans for portability, quality and sustainability.”

Beginning mid December, SLO Brew‘s core craft beers will be available year-round in 12-ounce cans, as well as on tap at restaurants across the Central Coast of California.

The Original
An approachable craft beer that showcases our passion for brewing. A perfect balance of malts and hops creates a refreshing, easy-going ale with a clean finish. That’s why we simply say “It’s a Rockin’ Good Beer.” ABV 5%; IBU’s 25; Gravity 11.8° To honor one of its original investors, SLO Brew will be donating a percentage of every can of SLO Brew Original Ale that is purchased to the Tom Adamski Foundation, which provides design and technology scholarships that empower individuals to leverage digital media to amplify brands and their connections with people.

The Reggae Red – Red Wheat
This one-of-a-kind ale was born at SLO Brew amidst the influential musical acts of California’s 90s Reggae movement. A harmony of three types of hops and seven different malts, including wheat malt for body and texture, makes Reggae Red an earthy and layered crowd pleaser. But what really sets it apart is the dash of roasted hemp seeds that impart a unique nutty character. ABV 5.6%; IBU’s 30; Gravity 12.2°

Steve Courier, SLO Brew’s full-time Brewmaster, has been a part of the SLO Brew family since 1997. With almost two decade’s worth of intimate knowledge of SLO Brew’s style and flavor, Courier will add a seasonal brew every quarter to the core beer line up. Winner of a Bronze Medal at the Great American Beer Festival this year, “Feelin’ Your Oats,” SLO Brew’s Oatmeal Stout will be first up and become available in January. Big, bold, roasted and unabashedly dark, “Feelin’ Your Oats” is a true stout showcasing the traditional flavors of espresso, oatmeal and burnt sugar while always keeping itself balanced on the edge.