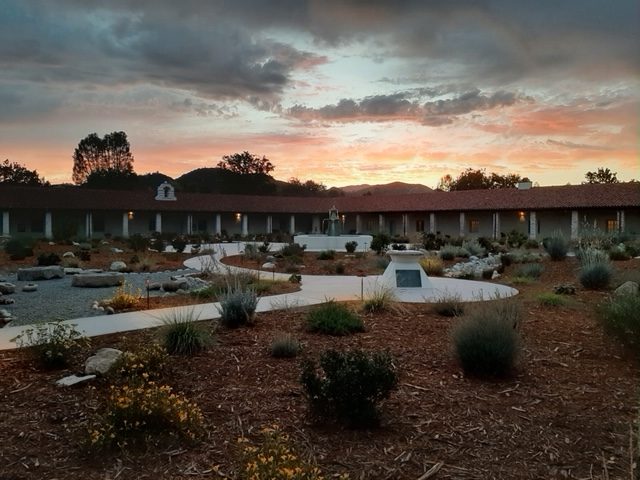 Visit this remote, tranquil mission for a personal experience and to enjoy the upcoming Mission Days. A destination for retreats, tours, Sunday mass and more, Mission San Antonio is an outstanding example of early mission life.

Celebrate the April 9 Mission Days and take a step back in time enjoying music, dancing, crafts, vaqueros, blacksmiths, acorn grinding, weaving and more. Admission and parking is $20 per car. Food is available for $15 per plate, water and soft drinks for $1, no outside food or alcohol.

Mission Days is just one of many events held at the mission. Although some were on hold during the past two years, many are returning in 2022. Visit missionsanantonio.net for upcoming events.

Mission San Antonio was established by Father Junipero Serra in July 1771 and registered as a Historical Landmark in 1936. Secluded in a picturesque valley in the Santa Lucia Mountains, the mission remains the most remote in California. The first mission inhabitants were the founding Franciscan padres and the Salinan people who provided labor to build it. Over the years more buildings were added, being the first in Alta California to use a Spanish clay tile roof. The padres created an extensive aqueduct system, tended crops and vineyards, produced wine, raised animals on six ranchos and were fairly self-reliant.

Although rancheros occupied the region, those land grants spanned thousands of acres, leaving the mission still isolated. While Spain, Mexico and the United States battled for territory, events of the times brought more settlers. Descendants of the original Salinans and pioneering families still live in the area. Mission San Antonio is the only mission surrounded by a military reservation. Fort Hunter Liggett Military Reservation began training troops in 1941 on land acquired from Randolph Hearst.

A period of neglect began in 1834 when Governor Figueroa placed the missions under civil jurisdiction; most remaining in serious disrepair even after the United States returned the missions to the church in 1862. Thanks to the early efforts of the Historic Landmarks League, the Hearst Foundation and today’s Campaign for the Preservation of Mission San Antonio de Padua the mission is experiencing an impressive return. Over the past seven years the Campaign has raised over $12 million for retrofitting, restoration and preservation.

The center, available for personal or group retreats and private programs, accommodates up to 65 people in double occupancy rooms. Retreat guests are encouraged to bring pre-prepared meals. A refrigerator, microwave and electric teapot are available. Cell phone reception is reliable but there is no television, Internet, or WiFi.

Mission San Antonio de Padua is located at the end of Mission Road, near the Fort Hunter Liggett headquarters in Jolon, CA. Sunday mass is at 10:30 a.m. For directions and more information about hours, events, retreats and mass visit missionsanantonio.net or call (832) 385-4478, ext. 17.