Red Scooter Deli for breakfast, lunch or an afternoon snack 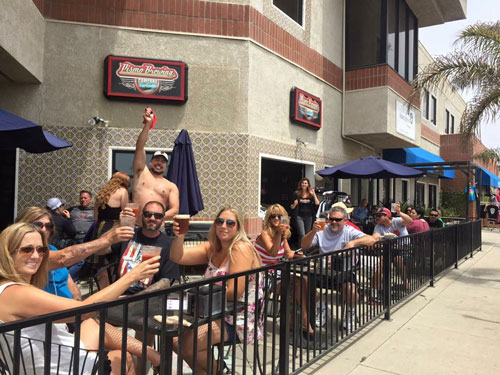 Pismo Brewing Company, located just off the beach in downtown Pismo Beach, began as a side project to owner and Brewmaster Tim Moscardi’s other side project—fixing up old cars. In fact, Tim’s hobby of working on old cars helped his brewing hobby become what it is today. When it became time to expand his brewing practice Tim sold a ’38 Ford to buy a larger, seven-barrel pump system when he outgrew his one-barrel system.

Now, Pismo Brewing Company occupies a prime location in downtown Pismo Beach, with views of the pier and the ocean. For owners Tim and Melissa Moscardi this is the perfect culmination of their vision of Pismo Brewing Company. Melissa says that they chose Pismo Beach for their brewery because they wanted it to be in a small town, and wanted a beach vibe. Pismo Beach still feels like a classic California surf town, and people visit from all over the country and the world.

Pismo Brewing Company has a small-batch brewing space right on site. They offer five beers on a regular basis, as well as some rotating special beers.

The five main beers served at Pismo Brewing Company are: the Bootlegger Blonde Ale, the Pismo Pale Ale, the Roadster Red Ale, the Bolina Brown Ale and the India Pale Ale2. Special beers include a stout, a strawberry blonde and a whiskey barrel aged blend called the Red-Eye PA.

Pismo Brewing Company’s menu offers food that enhances the beer-tasting experience. Melissa lists Wahoo fish tacos with cucumber-wasabi salsa as her favorite pairing with either their Bootlegger Blonde Ale or their IPA. They also serve a stout-marinated Beer Brat and stout-chili. 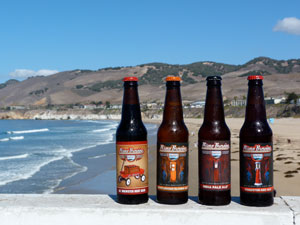 The tasting room is family friendly and the outdoor patio welcomes our four-legged friends. The tasting room’s location on Cypress Street is relatively new, and the patio has been a big hit.