The Great Escape brings family fun to the Central Coast 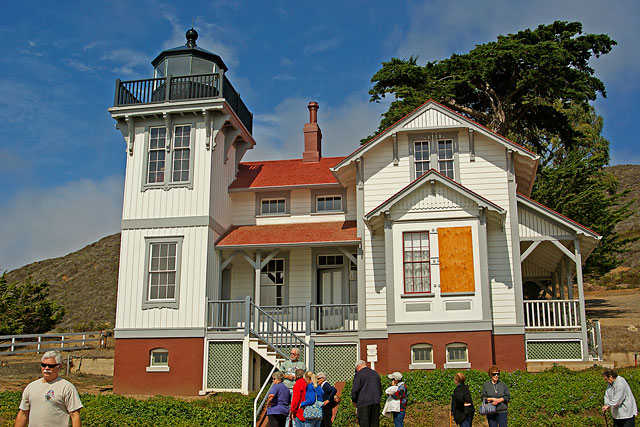 The Point San Luis Lighthouse, often referred to as the San Luis Obispo Lighthouse, stands on a bold headland overlooking the Pacific Ocean and, thanks to a dedicated group of volunteers, it is open for public tours.

The need for a lighthouse in the area became obvious during the late 1800s when Port Harford had hundreds of ships coming in. The well-known fog of the Central Coast made navigation along the rocky shoreline hazardous. Eventually, construction began on the Prairie Victorian model lighthouse and in June of 1890 it was completed.

The US Coast Guard decommissioned the station in 1974 and it fell into disrepair. The Point San Luis Lighthouse Keepers, a non-profit organization, was established in 1995 in an effort to save the structure and return it to its former glory including the repair of an old wagon road that was the only access to the site by land and was barely passable. Now the road is paved and, although quite narrow, it is used for tours out to the point.

On a recent sunny Saturday morning, our group boarded the tour. After passing through the heavily-guarded gates of Diablo Canyon Nuclear Power Plant, we drove up the long winding road, overwhelmed by the beauty of the area. At each curve another scene greeted us – Avila Bay, the yacht harbor, Harford Pier, and the wide expanse of the Pacific. Our guide reminded us that in days gone by horses pulling wagons traveled to the lighthouse along the same route. Before we knew it, there it was – the Point San Luis Lighthouse. 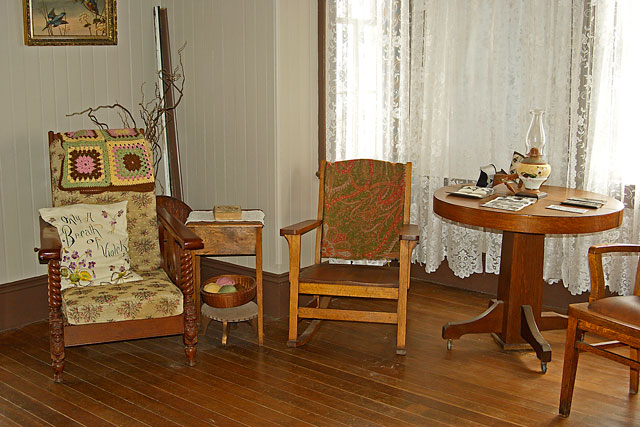 Our tour started in the Horn House that housed the 10-inch fog whistle that was used before there were fog horns. This demanded a full head of steam in the boiler house before it could be blown. Later it was replaced by a two-tone diaphone horn. The original foghorn is long gone but the two that followed and replaced it are still in the building. The older of the two, dating from 1924, is refurbished and is on display.

“When the foghorn blew, it was so loud it shook the building,” our guide said, “and rattled the windows. So every 30 seconds, when it blew, everyone who worked in that building stopped talking. When these same folks went into town to visit the saloon, others noticed that they spoke with a pause in their speech every 30 seconds.”

Also housed in the Horn House is the original fourth-order Fresnel lens that was used to send a white flash of light every 30 seconds followed by a red flash of light. The lens is 132 years old and was lit by a kerosene lamp. Brought over from France in 1878, it cost $2000 to ship and keepers worked in four-hour shifts keeping the light lit. During the restoration, an original wick was found in the walls – apparently stolen and hidden by an industrious pack rat – and is now on display with the lens.

Next, we toured the impressive lighthouse where, after climbing the narrow twisting stairwell that brought us to the lamp house, we were treated to a 360-degree view. The Head Keeper and his family lived in the rooms connected to the lamp house tower. All of the rooms are restored with period furniture including a magnificent stove in the kitchen. In the parlor and bedrooms are coal fireplaces with slate surrounds finished to look like marble. A painter on the restoration crew finished the slate on the parlor fireplace to match the original mantle.

The San Luis Historical Society and the San Luis Obispo de Tolosa Chapter of the Questers have been instrumental in helping provide furniture from the 1890s period and many local residents have brought back items that had been removed from the home.

At one time, a double keepers dwelling was on the property where the first and second assistant keepers and their families lived. This was torn down by the Coast Guard and replaced with a duplex that is being restored as a Visitor Center. There was also a coal shed and an oil house where the kerosene for the lamp was stored as well as whale oil and two 50-gallon cisterns to catch and store rainwater. One of the two original privies is also on the site. 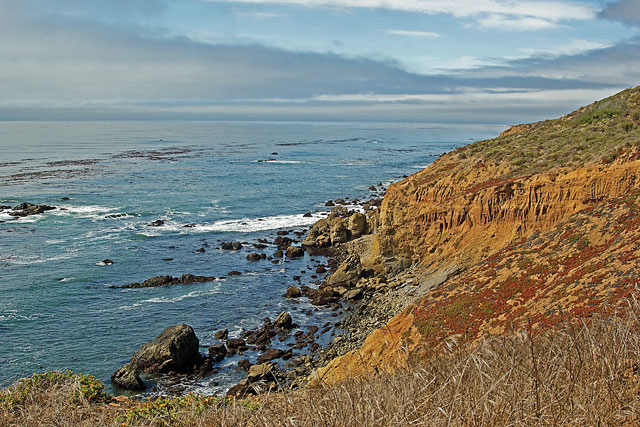 Tickets are $25 for adults, $20 for kids, and must be reserved ahead of time. All proceeds go towards restoration. Tours are year around on Wednesdays and Saturdays at noon, 1 p.m. and 2 p.m.

Diablo Canyon Nuclear Power Plant owns the property where the lighthouse resides and the road and hiking trail are closed to the general public. Hiking tours can be arranged. For more information about tours, reserving a hike and parking, visit the website at pointsanluislighthouse.org or call (805) 540-5771.

For more information about the Point San Luis Lighthouse and tours visit www.pointsanluislighthouse.org.