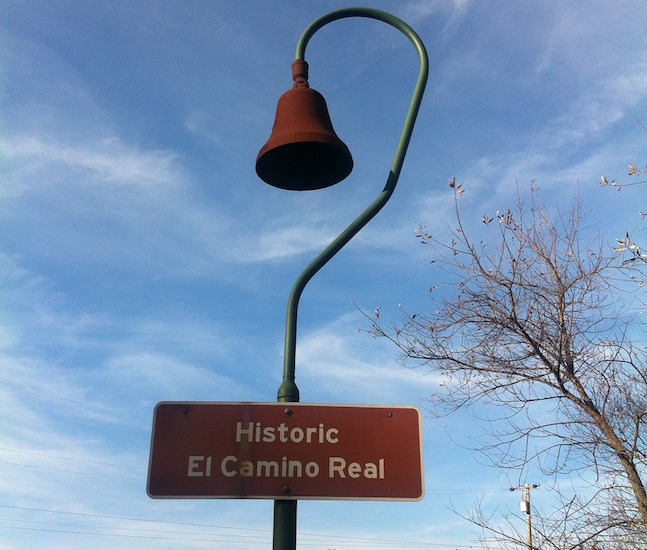 Iconic bells have marked the historic El Camino Real since 1906.

Highways and roads cover California and none is more special than El Camino Real, the Royal Road sometimes referred to as the King’s Highway. We take it for granted as we zoom up and down Highway 101 in San Luis Obispo County but at one time this was only a dirt trail connecting a group of outposts known as the California Missions.

The road that is now a freeway passes through San Luis Obispo and advances up over the grade into the north part of the county. Traveling this and thinking about the padres who trekked along with horses and donkeys one can almost step back in time.

Jesuits and Franciscan missionaries came to the new world and set up outposts in what is today Baja, California. One of the first trails came about with the Spanish exploration of the region. The Portola Expedition of 1769 included Franciscan missionary Junipero Serra who established the first of 21 missions at San Diego. The expedition followed the coastline finally ending at the entrance to the San Francisco Bay.

The De Anza expedition of 1775-76 came onto the trail from the southeast near the Colorado River and eventually joined Portola’s trail but found it easier traveling inland on a route that roughly follows what is now U. S. Route 101.

History tells us the padres invented several ways to identify the route that eventually stretched the length of the state. Some of the seasonal mustard flowers we see today may have come from them spreading seeds along the trail to mark the way. A visit to Mission San Miguel reveals another method of letting travelers find their way. A length of a tree trunk with a carved-out cross sits along the side of the mission building. Signage explains that carving a cross in trees along the route helped mark the trail. 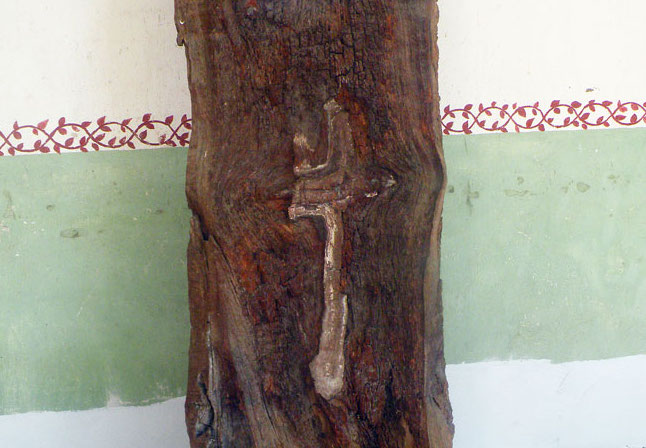 El Camino Real or The King’s Highway is now 600 miles long and still connects the original 21 Missions. In Spanish colonial times, all roads were known as Camino Real but when Mexico won its independence from Spain, they dropped this name including its usage in California. The name was revived in California during a mission revival movement in the early 20th century and now many streets in the state that run parallel to the historic route have the name El Camino Real. In San Luis County it is found as the name of the main street in Atascadero.

Efforts to commemorate the historic route began in 1892 by Anna Pitcher of Pasadena, California and were adopted by the California Federation of Women’s Clubs in 1902. Their idea was to place distinctive bells along the route that would hang on supports in the form of a shepherd’s crook that was also known as a Franciscan walking stick. Mrs. Forbes of the California Bell Company, where they were also cast, designed the bells. On August 15, 1906, the first 450 bells were unveiled at the Plaza Church in the pueblo on Olvera Street in Los Angeles. 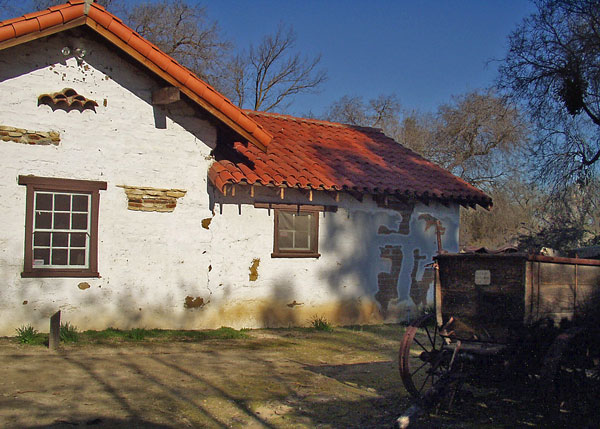 The automobile club took care of the bells through the 1920s until 1933 and then the state took over the maintenance. Vandalism was a problem for the markers and for a while they disappeared from the roadway. The state did replace many of them supporting them in concrete. A further restoration program begun in 1996 produced 555 bell markers. Indigenous people have felt that the bells mark a period of their history of oppression and many bells, along with a statue of Padre Junipero Serra have been removed. Remove the Bells organization held a ceremonial bell removal in Santa Cruz in June 2019.

El Camino Real is a California Historical Landmark and part of our local history. You can see one of the bells at the Spring Street exit from Highway 101 in Paso Robles. There is also one of the bells installed outside of the offices of Rock Harbor Marketing at 783 Market Avenue in Morro Bay. You can also watch for the bells placed every few miles along both sides of U. S. 101 from Los Angeles to San Francisco.