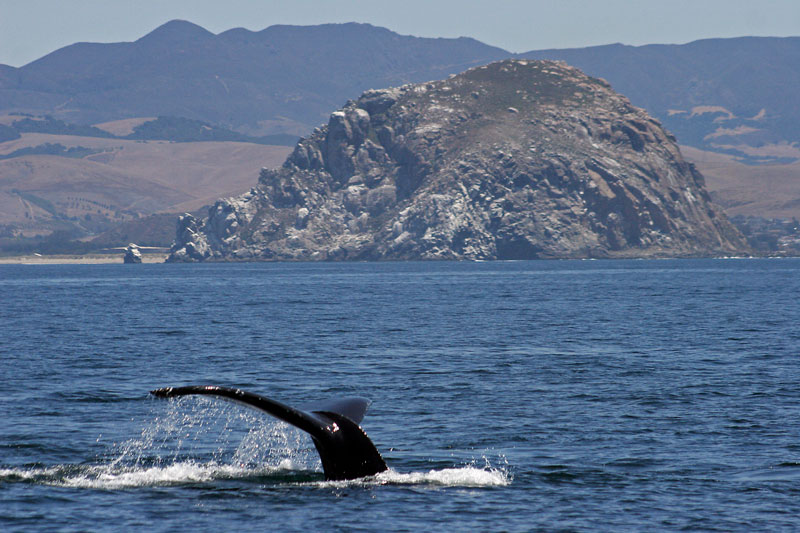 —A whale breaching its 30-ton body out of the water and splashing back down is one of the most dramatic events for whale watchers to experience. Another thrilling behavior to see is “spyhopping,” when whales, dolphins and some sharks, rise partially out of the water, appearing to gaze at nearby whale watchers. Scientists think the habit lets the animal get a better view of nearby activity.

Whales can be seen along the Central Coast all year but the best times are during the migrations.

Fin whales are also sighted in Central Coast waters in the winter. Anytime you are on or near the ocean you can expect to see a lot of sea life including sea birds, sea otters, sea lions, dolphins, whales and maybe a rare and treasured orca sighting.

The best practice for watching whales is to have a pair of binoculars when exploring the Central Coast cliffs and shorelines. Whales can often be seen far out in the ocean from high spots, indicated by moving dark lines and shapes in the water. Your binoculars will come in handy for watching them.