By Visitors Guide
1474 Views
Posted In
News
Tagged as
Related 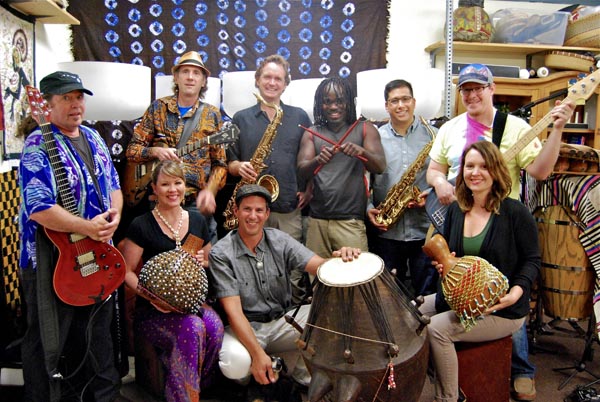 Mama Tumba will kick of the concert series June 12.

–The Arroyo Grande Village Summer Concert Series kicks off with regional favorites Mama Tumba on Sunday, June 12. Join your friends at 1 p.m. at the Rotary Bandstand in the Village of Arroyo Grande for this great dance show featuring infectious afro-latin music. Activities during the day will spotlight the concert sponsor the Arroyo Grande Rotary Club and the featured nonprofit organization the Arroyo Grande Recreation Department Children’s Program.

A fun raffle, food, drinks and free tours of historical buildings in Heritage Square Park are also always available. This free series is presented by the Arroyo Grande Village Improvement Association and the City of Arroyo Grande Recreation Services Department.

Mama Tumba blends the rhythms, chants, melodies and dances of Africa and Latin America and beyond to create a, “unique sound of music and multimedia performance spectacle.” Their distinctive style is a multicultural mash-up of ancient/modern, acoustic/electric, exotic/familiar, groovy/funky/spiritual, music/dance with drums and rhythms at the heart beat of their sound. Mama Tumba’s music and dance expresses unity, connection, and harmony through the diversity of language, sound and culture that is the human experience on Planet Earth. Every member of Mama Tumba is a drummer at heart and/or multi-insturmentalist. This distinguished group of musicians from throughout SLO County also includes several horn players. Mama Tumba is known for its performances at many regional festivals and community gatherings including the Bayfest, Stone Soup Festival, Earth Day and on numerous summer concert series. Check out its website: www.mamatumba.com for a complete schedule and more info about the band.

The featured nonprofit organization for this concert is the Arroyo Grande Recreation Department Children’s Program. The children’s services programs include children from preschool through 6th grade. Community support helps fund the purchase of new age appropriate educational and play equipment. This award winning program has a 30 year history of providing high quality childcare to local families.

This show’s concert sponsor is the Rotary Club of Arroyo Grande. This local club is celebrating its 71st Birthday this year along with the 11th Anniversary of the Rotary Bandstand which it built for the use of all Arroyo Grande citizens. The AG Rotary Club is well know for it’s various philanthropic and community activities including its annual Rotary Fish Fry during the Arroyo Grande Valley Harvest Festival (September 23rd), its Rotary Relays for local Junior High athletes which occurs each May and for producing the annual Christmas and Holiday Sing-Along show (December 18th) at the Clark Center. The club also funds international service projects and provides over $12,000 in college scholarships yearly. Rotary International is the world’s largest and most notable philanthropic service organization. The motto of its 1.2 million members is “Service Above Self.” Concert attendees will be able to learn more about the club, its activities and its big Harley Davidson Motorcycle Raffle at the June 12 show. For more info on the Club see: agrotary.org.

Employees from the overall series sponsor Rabobank will be on hand at the show. Rabobank has supported the Village Summer Concert Series since its inception in 2006.

Attendees are asked to bring lawn chairs, blankets and their friends and neighbors to enjoy the afternoons under the sun! Refer to www.facebook.com/AGVillageConcerts and AGVillageConcerts.com or call (805) 473-2250 for more information on the concert series and the community events.