–Justin Vineyards & Winery, a pioneer in Paso Robles of luxury Bordeaux variety wines, has been named the 2015 American Winery of the Year by Wine Enthusiast Magazine. The Paso Robles winery will be presented with the award at the annual Wine Star Awards gala on Jan. 25, 2016 in New York City. 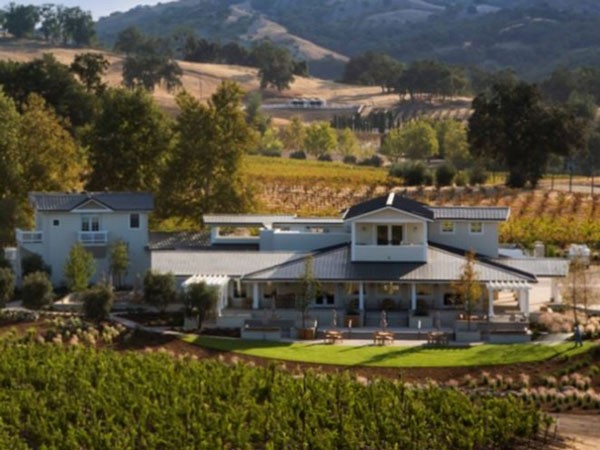 Justin is known for its Bordeaux-style wines such as its “Isosceles,” “Justification,” and cabernet sauvignon. The Wine Star Award follows the brand’s 25th anniversary milestone of Isosceles, the flagship blend. In 2013, Justin unveiled renovations to its tasting room, the Restaurant at Justin and Just Inn Suites, making it the first winery on the Central Coast to offer all three options on-property. Additionally, the winery has grown its estate vineyard program to 960 planted acres.

“We are truly honored to be recognized as American Winery of the Year by Wine Enthusiast,” said President of Justin Vineyards & Winery David Ricanati. “Our emphasis at Justin has, and will always be, about quality. From our winemaking philosophy to the high caliber of our wines, from our relationships with retailers and distributors to our guests’ experience on property, we want everyone to know what makes Justin unique. To be recognized in such a meaningful way is something that we take great pride in.”

Originally inspired by Chateau Margaux and the iconic style of “Left Bank” Bordeaux wines, Justin Baldwin founded the winery in 1981 and pursued his dream of creating wines that would rival the finest in the world. Drawn to Paso Robles, Baldwin discovered a combination of ancient calcareous soils and elevation ideally suited to produce grapes with intense flavor and great structure.

Selected from among five nominees for American Winery of the Year, Justin Vineyards & Winery will be featured in Wine Enthusiast Magazine’s annual “Best of Year” issue and honored at the annual Wine Star Awards black-tie gala in New York City. Each year the editors of Wine Enthusiast honor individuals and companies that have made outstanding achievements in wine and spirits.