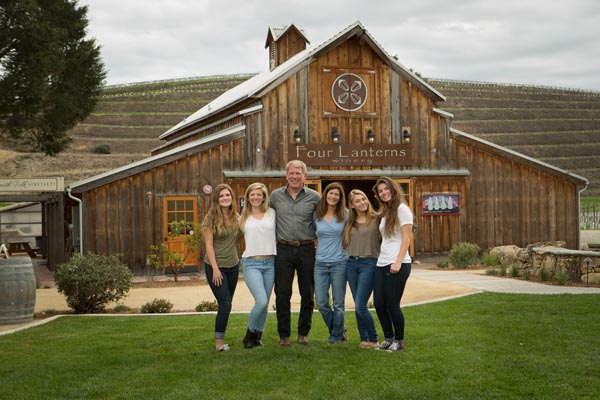 Steve and Jackie Gleason and their four daughters. Courtesy photo.

Four Lanterns Winery begins with its name. When Steve and Jackie Gleason relocated from Southern California to Paso Robles, they changed their family’s entire lifestyle, but not their identity— the Gleasons are a family who works together and seeks new and interesting experiences.

“They are the lights of our lives,” said Jackie, a former physical therapist who now works with her husband, Steve, a former financier, to run Four Lanterns. Steve said he was successful in his former work but didn’t want to grow old there.

“I had run my course in my career and wanted to do something else,” he said.

The Gleasons took over their vineyard property in the summer of 2013 with harvest staring them in the face.

“We decided to go ahead and make wine that year, hired Amy Butler as our winemaker, and crushed at Grey Wolf,” Steve said. “I felt that making a small amount of wine —500 cases in 2014 — would help us jump in with both feet.”

Two whites and a rose were submitted to the California Mid State Fair in 2014 and all won silvers straight out of the gate. The whites were the picpoul and vognier. The rose is made from syrah grapes. 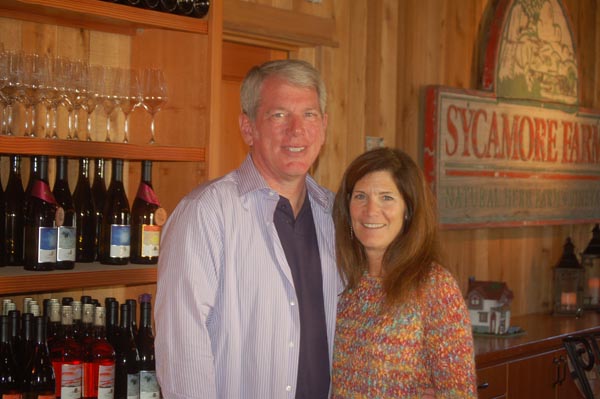 Steve and Jackie Gleason in their tasting room. Photo by Paula McCambridge.

That was an affirming beginning for the family who relocated to the Paso region in the summer of 2014. Prior to purchasing their vineyard, the couple had been looking at beach properties down south, but, as they tell the story, Jackie and Steve couldn’t agree on any of the properties they viewed.

Around the same time, they were considering property in the Paso Robles region when they got a call that what would become Four Lanterns was available. Steve took the drive north — about four and a half hours on the road — and immediately fell in love. He called his wife and said, “I want to buy this place,” to which she answered, “OK,” sight unseen.

Asked why she agreed to the purchase, Jackie said, “I told him, ‘You know what? You have such excitement in your voice. Let’s buy it.’”

Steve commuted each week for the first year until he and his family could make the move. Though production is small, the Gleasons have big plans for their property, which, they say, is a place for lovers of wine and the outdoors to congregate. 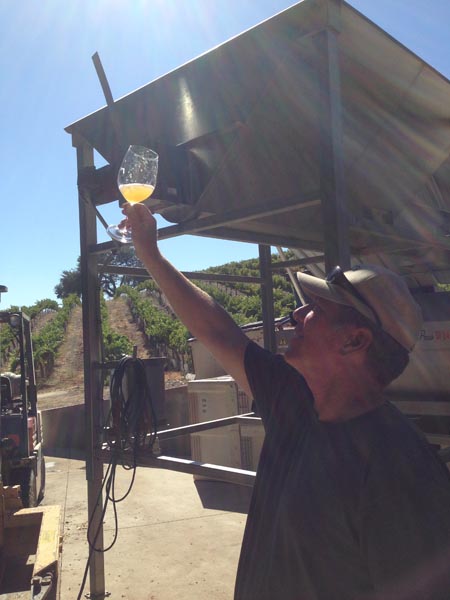 Before Four Lanterns, the property was Sycamore Farms Natural Herb Farm and Vineyard and now focuses on the grapes and outdoor community. Where herbs once grew, there is be a stage to provide the outdoor space with live music and magnificent views. Behind the tasting room, theire is a production facility, completed in 2016.

Jackie said the community of the Paso Robles area has welcomed her. “When we go out on weekends, we can’t believe how many people we know,” she said. “This is such a great community.”

The Gleason’s 26 acres of vines consist of “the flats” along Highway 46 and “the terraces” that are South of the flats and reach up and over the large hill on their property. The tasting barn is on the East side of the flats. The property is managed by Roberts’ Vineyard Services. 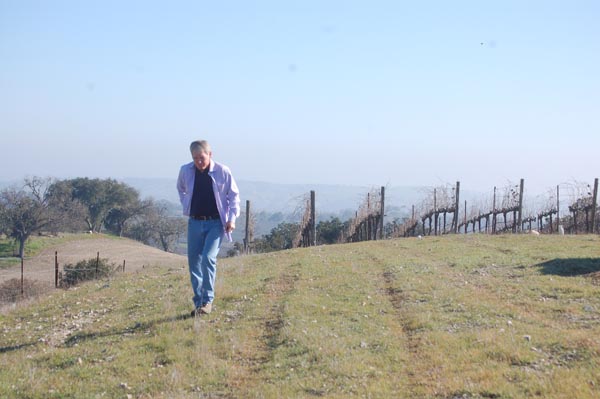 The Four Lanterns tasting room sits behind a farmhouse just inside the entrance to the property. Inside the tasting room, the walls are covered in art by local artists.

The room contains Four Lantern wines and a few other items dear to foodies and wine connoisseurs. Among them are Smith and Truslow spices, a business run by Steve’s sister, Jean Gleason. The spices aren’t ground until an order is placed, making them ultra fresh.

Wines served in the tasting room are Rhone and Bordeaux style varietals. They offer a full selection of roses, white and red Rhones, to inky Bordeaux-style reds; their full selection will please everyone’s palates.