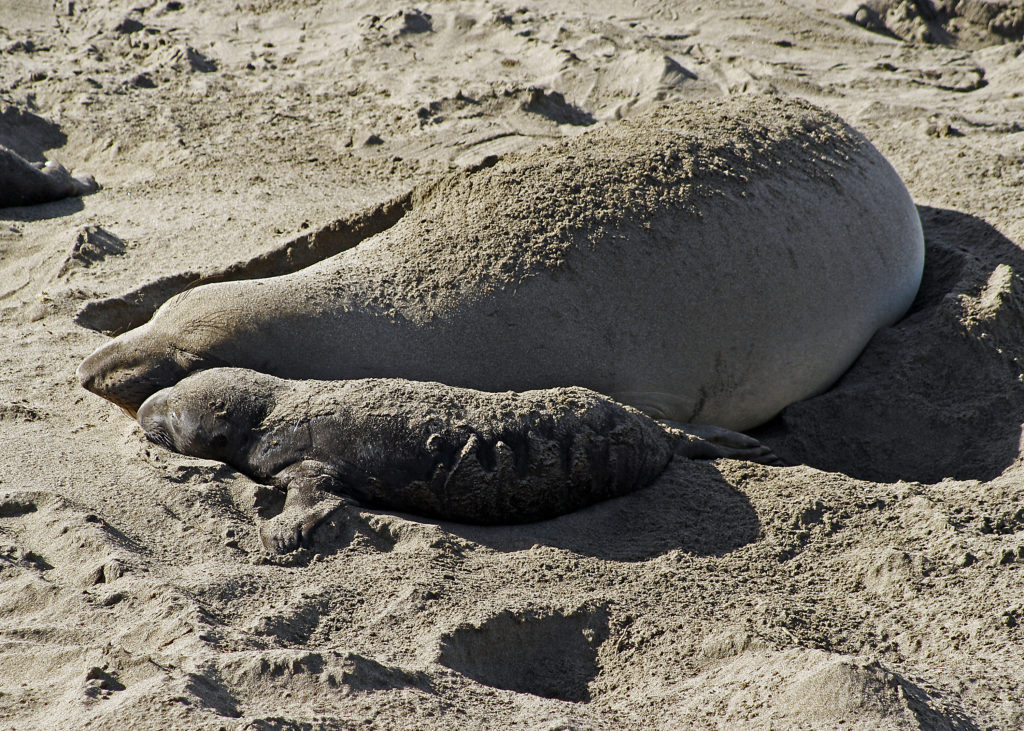 Northern elephant seals (Mirounga angustirostris) occupy the beaches along the north coast year-round, but the peak times are January, April, and October when as many as 20,000 animals are on the beaches. The highest concentration is at the Piedras Blancas rookery from December to March when females (called cows) give birth. Different groups return at different times of the year, mainly to molt.

Between September and November, most of the seals on the beaches are juveniles, followed by the bulls that start arriving in November to stake out territory. The cows come ashore in mid-December to give birth and breed.

Bulls battle for mating rights through January. Fortunately, those battles are primarily dominance posturing when the bulls rise as tall as half of their 16-foot length, crashing together in bellowing, roaring, 10,000-pound chest-bumps (each weighing in at around 5000 pounds). Sometimes actual bloody fights take place, resulting in the losers hauling back to sea to find a safer beach to heal their wounds and restore their courage.

Every now and then fights break out between females who challenge each other for the spaces they hold on the beach. Pups, born within a few days after the cow arrives, weigh about 60 pounds and grow rapidly due to the cow’s nutrient-rich milk. Cows nurse their pups for about 24 days, mating during the last week of nursing. After mating, she returns to the ocean, leaving her pup to learn to swim and find food. Pups are ready for their own journeys in March and April. 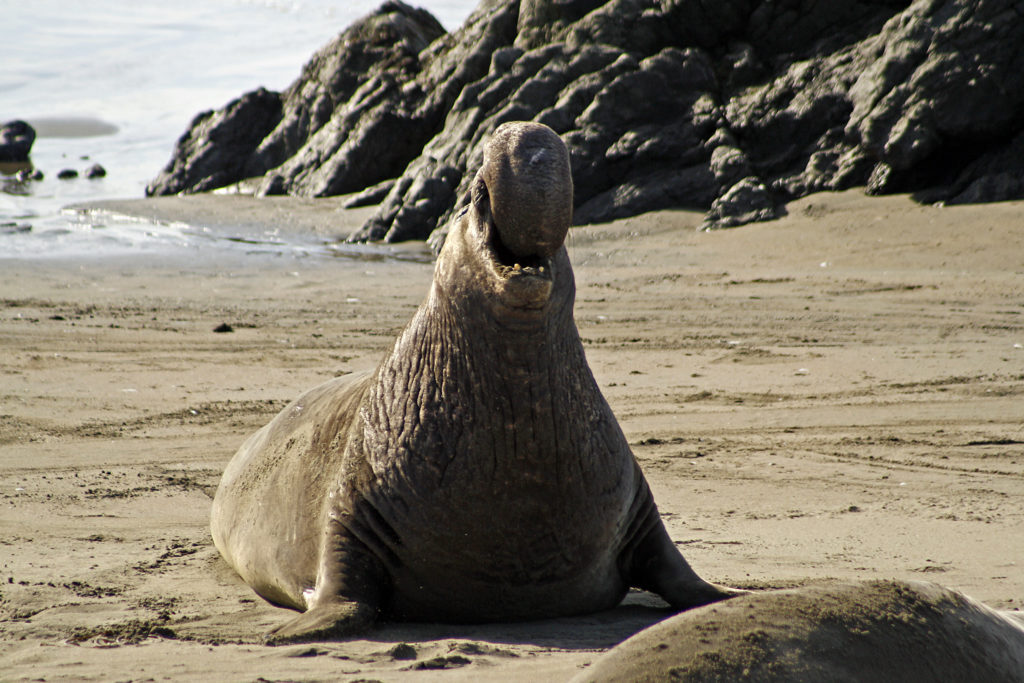 Back from near extinction

Hunted to near extinction for blubber and oil during the 18th and 19th centuries, these fascinating animals have returned from a population of only 50 to over 150,000. The largest population is in California with breeding colonies from Baja to British Columbia, four of those in California.

Elephant seals started populating the beach of Northern Elephant Seal Rookery at Piedras Blancas as early as 1990. The only other mainland colonies of elephant seals at the time were at Ano Nuevo and Point Reyes and a small inaccessible colony at Gordo.

The viewing areas are open every day of the year, are wheelchair accessible, and free. No reservations are required. No dogs. Docents from Friends of the Elephant Seal are on site between 10 a.m. and 4 p.m.

Federal law protects elephant seals. No one is allowed on the beach near the seals. The use of drones or model aircraft is illegal in the rookery area.

If you happen upon elephant seals while strolling along a beach, keep a respectful distance from these seemingly sleepy, sunbathing animals. They can move faster than expected in spite of their size. Cows will defend their pups, and who wants to be chased by a 5000-pound bull?

The Piedras Blancas visitor’s center is located at 250 San Simeon Avenue, San Simeon. For more information about watching the seals, visit the Friends of the Elephant Seal website at www.elephantseal.org.