Broad Street Giant Grinders lives up to its name 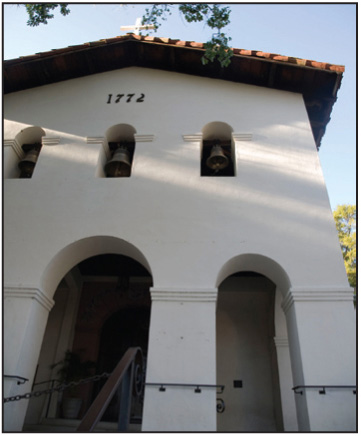 Explore early California in the center of downtown

Located in downtown San Luis Obispo, Mission San Luis Obispo de Tolosa is one place that cannot be missed when visiting the Central Coast. This historic landmark is an amazing blend of the old and the new.

While the mission has strong historic roots, it’s still a functioning catholic church and visitors can walk through the gift shop and museum and then go into the sanctuary to pray and light a candle.

Many people think it’s just a building, but it’s so much more than that, says gift shop manager Minerva Soto.

The mission was the fifth California mission founded by Father Junipero Serra. It was built between 1773 and 1794 and was named after Saint Louis, the bishop of Toulouse, France.

The first Mass was celebrated on Sept. 1, 1772 with a cross erected near San Luis Creek. The mission and Mission Plaza is situated along the creek and is the site of many events throughout the year.

Serra originally named the area La Canada de Los Osos, which means The Valley of the Bears, for the high number of bears he saw in the area. Later, he decided to found a mission at the site to supply bear meat to the other missions that were in need of food.

The local Chumash natives helped build the mission. The building was first made from poles and tree boughs, and after several fires, adobe and tile structures took its place. Early on, the mission was made up of several structures including storerooms, residences for single women, soldiers’ barracks, mills and land for farming and raising livestock, as well as the church and priests’ residence.

By the time the Mexican War for Independence broke out in 1810, all California missions were basically self-sufficient.

Not long after, Mexico won its independence in 1821. The missions were secularized by the Mexican government, which meant that the priests no longer managed the missions.

The San Luis mission was sold to Captain John Wilson for $510 in 1845, before eventually returning to church ownership.

The mission is open on a daily basis for visitors to learn about the history of the mission and the people who lived here in the early years. The gift shop and museum, at 751 Palm St., in downtown, is open every day from 9 a.m. to 4 p.m. Mass is held every day.