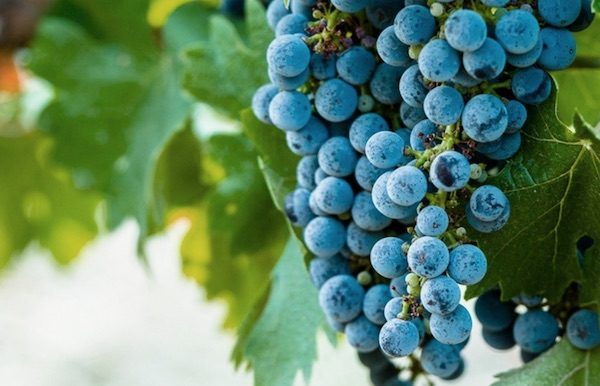 Overall, thanks to a colder winter, a mild spring and only a few summertime heat spikes of 100 degree-plus, harvest is two to three weeks later than in recent years, with most pulling the first of the core fruit in mid-September, according to a recent report from Solterra Strategies, a wine-industry marketing firm in Paso Robles. The report continues…

Arroyo Grande was the exception in 2019. Like most years, harvest in the San Luis Obispo County sub-AVA started “on time” about Sept. 1.

Winemakers in Monterey, Paso Robles, Santa Barbara and the SLO Coast note this year’s timing reminds them of the “old normal” of the early 2000s, when harvest began well into September and the last of the grapes came in about Thanksgiving. In recent years, harvest has begun well before Labor Day for most of the Central Coast.

This has winemakers very excited about vintage 2019.

There have been challenges in 2019. In Monterey and Paso Robles, the wet spring may lower yields slightly. Arroyo Grande, Paso Robles, SLO Coast and much of Santa Barbara had to battle mildew this summer.

Still, the outlook for vintage 2019 is overwhelmingly positive.

Q&A with the regional winemakers

Q: When did your harvest begin?
We started picking our Viognier on Aug. 29, our Grenache Blanc on Sept. 2, and started harvesting Syrah on Sept. 7. We still have another pick of Syrah in the next few days. Petite Sirah is likely next, in perhaps a week, followed by Grenache, Roussanne, Counoise, Mourvedre, and Cabernet Sauvignon over the next four to six weeks. 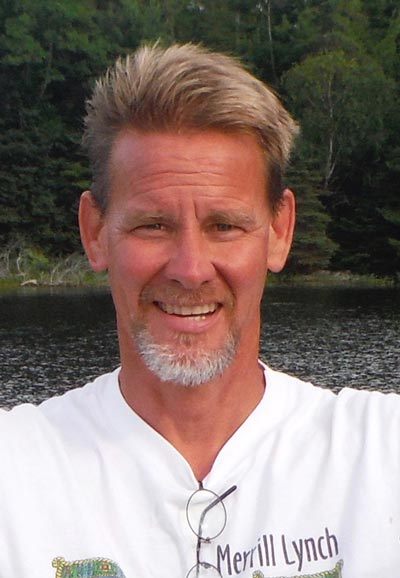 Q: How much later are you this year than in recent years?
Relative to last year, we’re about a week or two later. And 2018 was a couple of weeks earlier than Vintage 2017. Like last year, the later hang time seems to be developing a nice balance between sugar and acid. We’re just patiently waiting and enjoying the temperate season (so far), and calmness of the harvest.

Q: How was the growing season this year?
The season started out late with a lot of rain this year (about 36 inches), a cool spring and late bud break. Other than one week of 100 degree-plus days in July, the growing season has been warm, but relatively temperate. We are seeing a weak set on Grenache this year, so yields might be a fair bit lower than last year. Otherwise the fruit is looking solid.

Q: Initial impressions about the fruit and overall yield?
Fruit is looking really good this year. The acids are holding up, so we expect to see perhaps a repeat of the 2018 growing season in terms of amazing quality. What we’re seeing from the Syrah picked thus far is that the color extraction is looking good. Colors are intense, and acids are high.

Q: What’s been your biggest challenge this year?
There was a lot of vigor in the vineyard. With the big canopy and timing of the heat in early July, the mildew pressure was as bad as I’ve ever seen, but manageable.

Q: What’s your take on overall quality of Vintage 2019?
Too early to say, but initial impressions are that the quality is really good.

Q: When did your harvest begin?
We brought in sparkling white three weeks ago (Aug. 30). Almost all our whites came in last week, except Roussanne, which is a week or so later. The first reds will probably come in next week, with Mourvedre pushing out to mid-October. 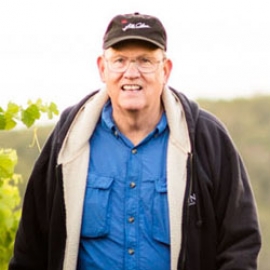 Q: How much later are you this year than in recent years?
We are two to three weeks behind the last three years. This is a great thing! It pushes us into cooler territory (I hope) allowing for more hang time, which should enhance phenolic development.

Q: How was the growing season this year?
Easy going — no real heat spikes (a handful of 100 degree-plus days, but not 110 degrees) and starting off with soil profiles completely charged with water. There’s still time for Mother Nature to throw us a curve ball, but so far, so good.

Q: Initial impressions about the fruit and overall yield?
Looks like yield will be on the low side — driven by poor-ish fruit set in May. Not expecting catastrophic shortfalls, but definitely lower than average. Still, too early to say on phenolics, but very hopeful!

Q: What’s been your biggest challenge this year?
What’s been interesting, as I reflect on the year to date is our vines are continuing to use less water and display healthy canopies and beautiful clusters.

Q: What’s your take on overall quality of Vintage 2019?
Obviously the vintage of the century! (Ask me in 2 months.)

Q: When did your harvest begin?
In Southern Monterey, it began last week (Sept. 16). 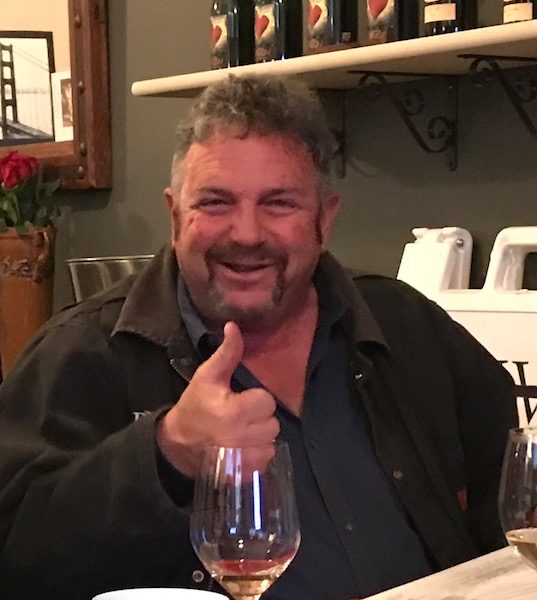 Q: How much later are you this year than in recent years?
About two weeks. As far as the impact, there was some shatter in some of the varieties.

Q: How was the growing season this year?
Weather was very mild with adequate rainfall. Cool spring and a fairly mild summer. The weather for ripening has been perfect.

Q: Initial impressions about the fruit and overall yield?
Longer hang time this year for sure. Fruit looks in great shape with nice balance. The vineyards look healthy this year. I think the wines will have great complexity.

Q: What’s been your biggest challenge this year?
No real challenges, but what was interesting was the water. With all the rainfall earlier this year, the canopies were fairly healthy, so I was careful not to over-irrigate – and some cases not irrigate at all.

Q: When did your harvest begin?
Harvest at Stolo started Sept. 10 with a hillside block of Pinot Noir. Next will be the hillside Chardonnay followed by Pinot Noir from the rest of the blocks later in September. October will be Sauvignon Blanc and Gewurztraminer, followed by Syrah in November.

Q: How much later are you this year than in recent years?
For our first couple picks we are looking about 1-2 weeks later than average. At this time the fruit quality still looks really good and if we continue to see warm weather in September, that will help push everything else to finish up ripening nicely. As we get later in the season, the threat of rain could become more of a factor in picking decisions and fruit quality.

Q: How was the growing season this year?
Following the higher rainfall this winter/spring, the soils were holding a good amount of water, and the vines have been growing vigorously throughout the growing season. The cooler temperatures and lack of major heat spikes had delayed bud break, fruit set and veraison, but the crop set was good and we are estimating average to slightly-above average yield for 2019.

Q: Initial impressions about the fruit and overall yield?
In the past I have preferred the cooler vintages when the crop has been able to ripen slowly and evenly. The longer hang time and lack of heat spikes allow for the fruit to come in phenologically ripe at lower brix levels, while maintaining good acidity levels.

Q: What’s been your biggest challenge this year?
The mildew pressure has been extremely high for us out on the coast, even more than usual with the cooler temperatures and wet mornings throughout the growing season.

Q: What’s your take on the overall quality of Vintage 2019?
If the fall weather stays warm and dry, I think it has the potential to be a great vintage, similar to what we saw in 2018.