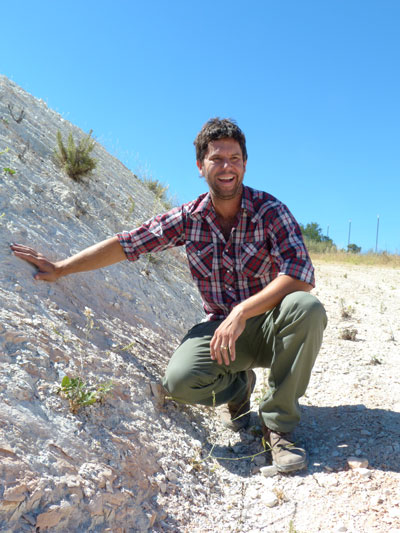 Joyce has been making wine in Paso Robles since 2007. He was trained as a chemist at Cal Poly San Luis Obispo, and worked for five years as an organic pharmaceutical chemist in the Bay Area before entering into the field of winemaking.

Slope and Intercept began as a way for Joyce to explore new approaches to making wine, outside of the structure of an existing winery. Due to the small size of each lot, Joyce says, “I can take risks to satisfy my winemaking curiosities without having to consider any existing expectations.”

Joyce also appreciates the freedom of making wines based on what is available each harvest from his favorite vineyards. Slope and Intercept has gotten some positive feedback, receiving a 90-point score from Wine Spectator for his 2014 Paso Robles White.

Joyce is often asked about the name of the label. He says that it is a reference to the mathematical formula for a line, and is meant to embody the idea of winemaking as a journey. He says, “I make wine through a series of connected actions that lead up to the final moment when the bottle is opened.” Slope and Intercept wines are available at www.slopeandintercept.com. The wines range in price from $28 – $34.