By Visitors Guide
1322 Views
Posted In
News
Tagged as
Related 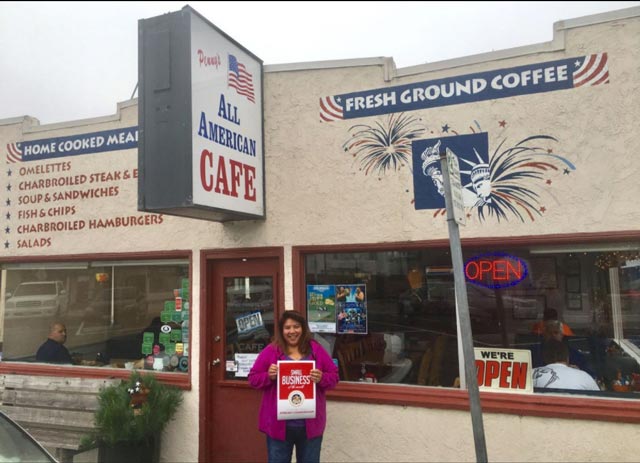 Penny’s All American Café at 1053 Price St. in Pismo Beach was honored this past week for its efforts to give back to the community over the years, according to a spokeswoman.

“Penny’s Café is representative of what our great small-business community is all about,” Cunningham said.

Owned by the Rodriguez family since 2002, Penny’s is known for delivering delicious food to its customers and also giving back to the community, including annual donations and fundraising to Amp Surf (Association of Amputee Surfers), Cal Poly Boosters, Alzheimer’s Central Coast Chapter and the Jacqualyn Palchak Breast Cancer Fund.

Penny Rodriguez runs the small diner with her family, and still works at the café alongside her husband, daughter and two sons. Rodriguez has said giving back to the community that has helped her family enjoy success is crucial to doing what she loves every day. She wasn’t available for comment prior to press time.

Cunningham plans to recognize a local small business monthly that has contributed to the Central Coast through exemplary customer service, philanthropic efforts or help to the community, according to the spokeswoman.

“(Penny’s Café) is the culture and fabric of our community, and the work Penny has been doing is well-deserving of recognition,” Cunningham said.

Read the original story in the Lompoc Record