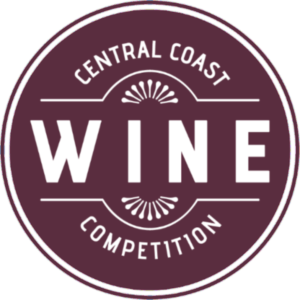 –The Central Coast Wine Competition has announced the award-winning wines from its 16th-annual blind-tasting event, held June 20-21 at the California Mid-State Fair. The complete list of Double Gold, Gold, Silver and Bronze medals, as well Best In Class winners, is available here.

Best in Show went to Alara Cellars’ 2017 Grenache Blanc, sourced from San Benito County. The honor came after judges awarded it a Double Gold Medal and deemed it both Best in Class (Grenache Blanc) and overall Best White Wine.

Alara’s win marks the first time a Grenache Blanc – a variety that has become a fixture of Central Coast wine – has ever been bestowed Best in Show in the competition’s 16-year history. There were nine total Grenache Blanc entries this year.

The Best Red Wine was awarded to Cass Vineyard & Winery’s 2016 Mourvèdre. The Paso Robles winery also won a Gold Medal and was awarded Best in Class for the same wine.

Best Pink Wine went to Opolo Vineyards 2017 Rosé. The Rosé from the Paso Robles winery also won a Gold Medal and was awarded Best in Class for the – Any Rosé Blends – category.

Best Sparkling Wine was awarded to Laetitia Vineyard & Winery’s 2015 Brut Rosé. The same bubbles from the Arroyo Grande winery also claimed a Gold Medal, and was awarded Best in Class in the Méthode Champenoise category.

“I think we saw the best entries to date, and it’s only getting better every year here at the California Mid-State Fair,” said returning Chief Judge, Tim McDonald.

The judging took place at Estrella Hall at the California Mid-State Fair over two days. On the first day, the 18 judges blind tasted more than 700 wines, rating and then voting on which should be awarded a Gold Medal and Best in Class honor. The following day, the 43 Best in Class wines were blind tasted and awarded best Red, White, Rosé, Sparkling, Dessert, and Best in Show.

The judges agreed the 2018 entries further prove the Central Coast has earned its rightful place among the best wine regions on the planet.

“The fact is, some of the best wines in the world are being made right here in the Central Coast,” said California Mid-State Fair CEO Michael Bradley. “And the Central Coast Wine Competition is the ideal way to highlight, celebrate and allow everyone to experience these world-class wines that are being crafted by our talented neighbors.”