Honoring the work of the late conservationist Roger Lyon, a luxury bus tour will treat guests to food, wine and gorgeous views of the land Lyon helped preserve while offering stories of major preservation efforts from the men and women who worked with him.

The Roger “Chopper” Lyon Land Conservation Legacy Tour will take place Saturday, May 6, from 10:30 a.m. until 5 p.m., with proceeds benefitting the CLC’s Land Acquisition Fund in memory of Lyon. 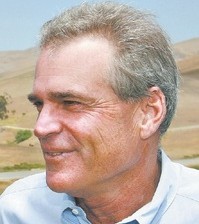 Tickets are $250 apiece, and space is limited.

Starting at the Cayucos Vet’s Hall, 55 conservation enthusiasts will be treated to histories and tall tales as they travel north. At Piedras Blancas, they will be greeted by representatives from the Friends of the Elephant Seals and California State Parks, who will discuss the past, present and future conservation needs of the area.

The next stop will be the historic Hearst Ranch warehouse at San Simeon Cove for wine tasting and hors d’oeuvres. With more stories along the way, the bus will return past Harmony Headlands to Point Estero and Estero Bluffs before concluding at the Cayucos Pier for calamari and chowder sampling at Schooner’s Wharf.

Tickets are on sale now and interested parties can contact Susan Lyon at (805) 995-1787 or susan@ctcranch.com or visit https://www.cottontailcreek.com/pages/chopper-lyon-legacy-tour.

The non-profit Cayucos Land Conservancy was established in 1999 to preserve the greenbelt surrounding Cayucos. Lyon, who would have celebrated his 68th birthday over this Earth Day weekend, was an attorney, volunteer, humanitarian, farmer and rancher. But he is perhaps best known as a conservationist, who spared special places on the coast from development.

Lyon’s efforts improved elephant seal viewing along Highway 1, thwarted a hotel and housing development on the Cayucos coast, and laid the groundwork for the creation of Estero State Park.

His best known effort is the conservation easement that preserved 82,000 acres of the historic Hearst Ranch – what the New York Times once described as “one of the biggest and most complex land-conservation deals in the nation’s history.”

An all-American swimmer, surfer, and world traveler, Lyon was killed in 2010 when the plane he piloted crashed during a humanitarian mission to a small town in Mexico. He was survived by his two sons and wife, Susan, who continues their conservation efforts.

“The goal of the tour is to inspire others to help make a difference in the areas that ‘Chop’ helped conserve,” Susan Lyon said. “After all, the work of conservation is never fully done.”

Right now, Susan Lyon added, conservation is especially important around Cayucos. CLC continues to retire hillside parcels in the antiquated subdivisions above Cayucos, and along with its conservation partners, the Trust for Public Land and The Land Conservancy of San Luis Obispo County, is also engaged in negotiations with Chevron Corp. regarding possible conservation options for its property between Cayucos and Morro Bay.

Chop’s legacy to the people of California and the world was the preservation of literally miles of coastline and coastal hills. Because of his leadership and commitment, world famous views and natural resources are there for locals and travelers to enjoy forever. Join other lovers of the Central Coast on this fun and informative Legacy Tour and support Roger’s ongoing work.